Meet the celebs at The British Motor Show 2022 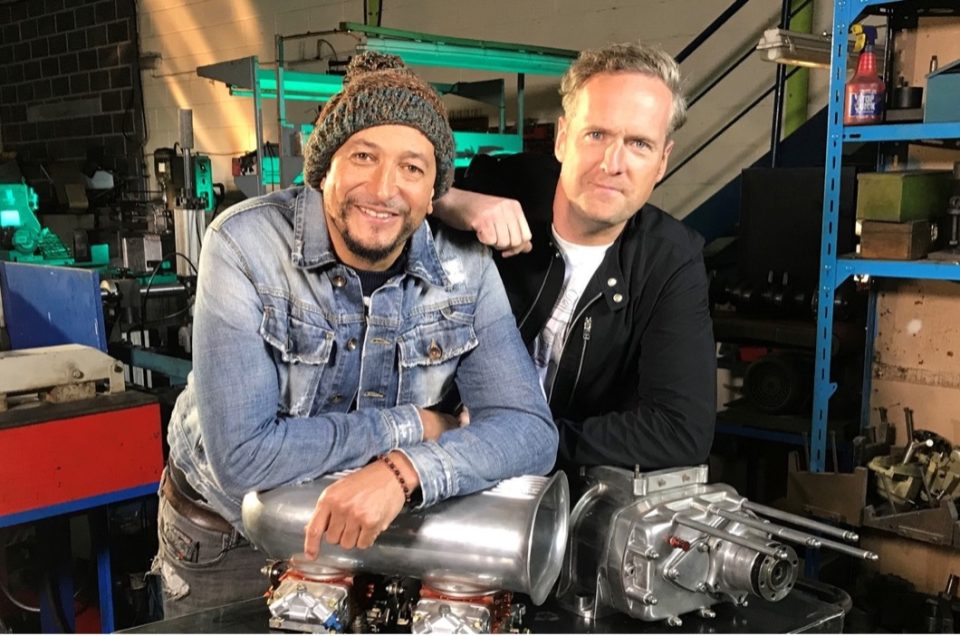 At this years British Motor Show, once again we have a host of celebrities and special guests. Including the likes of Mr Wheeler Dealer himself Mike Brewer, Olympic Star Iwan Thomas, TV presenter Abi Stephens, the renowned Tim & Fuzz from Car SOS, our show president and automotive expert Mike Rutherford and stars from the world of motorsport and TV.

Be sure to catch all of our celebrities and guests throughout the show as well as featuring on the Nat Geo Live Stage! If you’re lucky you may have the opportunity to beat them on our two giant scalectrix or other interactive games particularly in the Cinch Family Zone.

Mr Wheeler Dealer, Mike Brewer is one of the biggest automotive TV names in the UK, hosting car trading programme ‘Wheeler Dealers’. Mike will be the host of the cinch Live Arena, so be sure to head over and watch the action while Mike provides the best live content at the largest UK motor show.

Iwan Thomas, British Olympic star and car enthusiast will be co hosting the cinch Live Arena with Mike. You’ll also catch Iwan taking part in the “CARmonwealth” games where we will be putting his skills to the test in a variety of automotive Olympic style challenges.

You’ll recognise Abi Stephens from her successful career presenting a multitude of sporting events across the globe, offering her extensive knowledge and passion for the sporting world. Abi will be the host of the Bridgestone Motorsport arena in partnership with KwikFit, she will be surrounded by lots of noise and burning rubber as a selection of the coolest modified and record breaking cars take to the arena and showcase what they can do.

Tim & Fuzz, the Car SOS fan favourites will be hosting The Nat Geo Live Stage. Two of the most approachable people in the industry, you’re bound to bump into them in the hall. They will be on stage all four days, introducing guests, telling some behind the scenes stories and hosting quizzes and Q&A’s.

With over 30 years of presenting, broadcasting and writing about cars, it’s only right that our show president is Mike Rutherford. He will be exploring the show himself as well as getting involved on the Nat Geo Live Stage to offer his extensive Auto Express knowledge. Check out Mike’s weekly Auto Express column where you can find him talking about the show and, in his words, understand why the show is “The bargain of the automotive year” with tickets “the price of a couple of gallons”

“Tiff Needell is a former Grand Prix driver who spent most of his professional career racing in the World Sportscar Championship, including fourteen Le Mans 24 Hour races where he had a best result of third in 1990.

He is however perhaps better known as a former presenter of ‘Top Gear’, starring alongside Jeremy Clarkson and Quentin Willson throughout the nineties before the show was taken off air.

Tiff then helped to create ‘Fifth Gear’ which he presented through to 2018 and in 2020 returned to TV in a brand new car show ‘Lovecars On The Road’ for ITV4 while he still films reports for the ‘Lovecars’ YouTube channel.

Tiff recently wrote his autobiography ‘Tiff Gear’ and still races whenever the opportunity arises which is mainly in historic events like the Goodwood Revival.”

Olympic Gold medallist, successful Motivational Speaker and Business Coach, Greg Searle shot to fame on 2nd August 1992 in Barcelona when, aged 20 he and his brother, Jonny ‘The Searle Brothers’, produced an extraordinary sprint finish to win, what many describe, as one of the greatest rowing races of all time.

In recognition of his achievements, Greg became one of the youngest recipients of an MBE aged 20, announced in the 1993 honours list.

Meet the celebs at The British Motor Show 2022
.