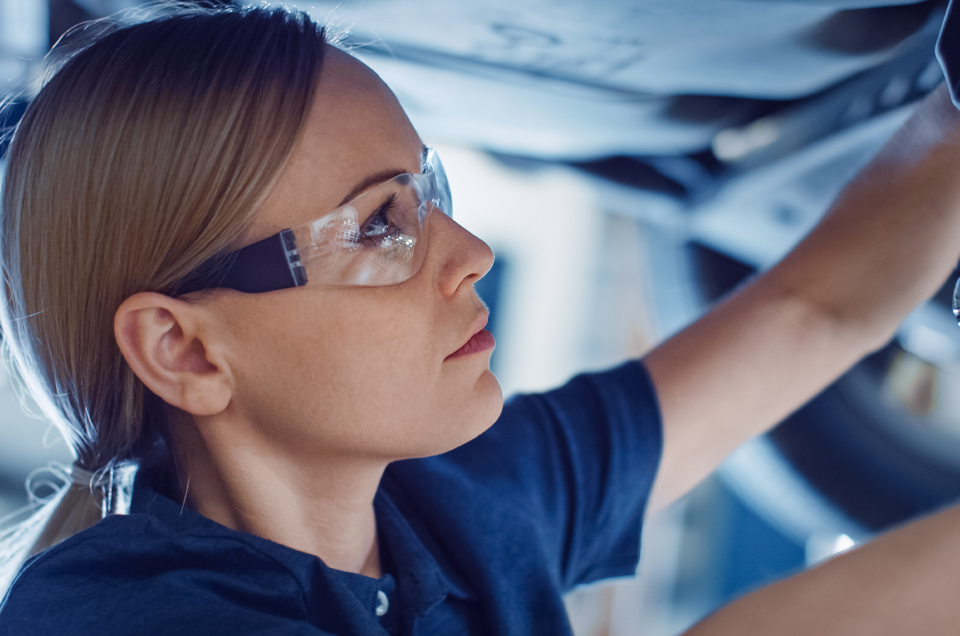 Clare Wright knows a thing or two about getting the right people into the most appropriate jobs in the retail motor trade and associated businesses.

As the Group Human Resources Director for Jardine Motors, she’s ultimately responsible for the recruitment, pay, progression and retention of around 2,900 people on the payroll. Currently, 40 per cent are women – which is a high proportion by overall UK motor industry standards. But the not too distant goal is a neat and tidy 50 per cent female/50 per cent male workforce at Jardine.

“The motor business is still not a mature one in terms of how we attract females,” says Clare. “It remains very male-dominated. And we’re driven by archaic processes and views of the world. Half the customers are female – and I just don’t think we represent them well enough.”

So, from the outset, it’s clear that the pioneering HR boss believes the industry continues to have much work to do in areas such as gender equality, diversity and inclusion. Also, with rapidly changing lifestyles, customer demands, and extended opening hours in mind, she is a big fan of flexible working. “Why, for example, can’t we have more part-time sales people?”

No reason at all, according to her.

“Think about those pools of people we can recruit but perhaps would have said no to before – because our processes were far too traditional. But now’s the time when we as an industry should stop thinking about what we can’t do and why we can’t do it but instead start saying what we can do.

“If we’re going to be really different we need to ask what are the things getting in the way of attracting females who, for example, might want to work, but not necessarily work in full-time jobs. At the moment lots of businesses don’t facilitate part-time positions because they still say you have to work from 9-5 or 9-6.”

It shouldn’t always have to be like this, Clare insists. And in addition to a more imaginative approach to the number of hours per week that are worked, and exactly when they are worked (she gets the fact that some people prefer early starts/early finishes while others are more like night owls), the actual places of work should widely differ too. With sales administration people, for instance, it might be the case that in a typical working week they can spend some days working in a dealership and/or office, other days at home. Or in Clare’s own words:

“A couple of days in, a couple of days out, perhaps. A lot of this is about trust – treating people as adults. Allowing them to work remotely at times, while still encouraging them to take part in face to face communication, and more, at other times.”

In some respects, the hugely diverse Jardine Motors Group is a classic example of a large organisation successfully operating in the traditional motor trade. But in other areas, it deliberately chooses to break with tradition. It doesn’t hide the fact that it’s had great success lately recruiting people from the hospitality, leisure and high street retail industries – and Clare Wright goes further still by revealing that some flight attendants or hotel staffers who have been taken on after losing their jobs during the pandemic are now proving themselves to be a perfect fit for Jardine…in the showrooms and in other areas of customer relations and care too.

“They’ve been outstanding,” she reckons.

Clare is also keen to change the perception of the car business and does this in a variety of ways – including going into schools to speak to those contemplating their likely future career paths, as well as campaigning alongside trade bodies such as the Institute of the Motor Industry (IMI).

“There needs to be more of a national campaign about why this industry is a great one to join. People still have the perception that you to get your hands dirty and lift engines out of engine bays. But, actually, it’s not like that anymore.”

And talking of change, in this brave new world we’re now living and working in, a progressive employer such as Jardine Motors seems genuinely keen on seeing and hearing what potential full-time or part-time workers think they can bring to the office, showroom, workshop or wherever. Worry not if you can’t or don’t want to come up with a detailed, all-singing, all-dancing CV that demonstrates you have years of relevant experience in the car game. There are more important things to consider.

“A CV is good as a reference point. It can tell a story about someone’s career journey. But sometimes less is more,” is the advice from Clare.

“Actually, what has a higher validity is finding the time to talk to people in a 30-minute call  – a chemistry call as we describe it. We tend not to go into too much detail, but that’s how we best get a sense of a person, what they’re looking for, their cultural fit with us.”

Sounds great. And – for those young or old, male or female, with or without car dealership experience – it sounds exciting and inviting too. Especially as Jardine is a multi-franchise operation selling and servicing everything from Minis and Smart cars at one end of the price scale, to Porsches and Ferraris at the other.

So if somebody’s reading this article and wants to learn more about possible job and career prospects (including apprenticeships) at Jardine, my initial advice would be to take a look at www.jardinemotors.co.uk, and in particular the careers section of that website.

But Group HR Director Clare Wright believes she has an even better suggestion for would-be applicants:
“Please reach out to me personally. I’m happy to give advice because it’s for the greater good at the end of the day. If people email me I or one of my team will contact them.”

So, dear reader, what have you got to lose?