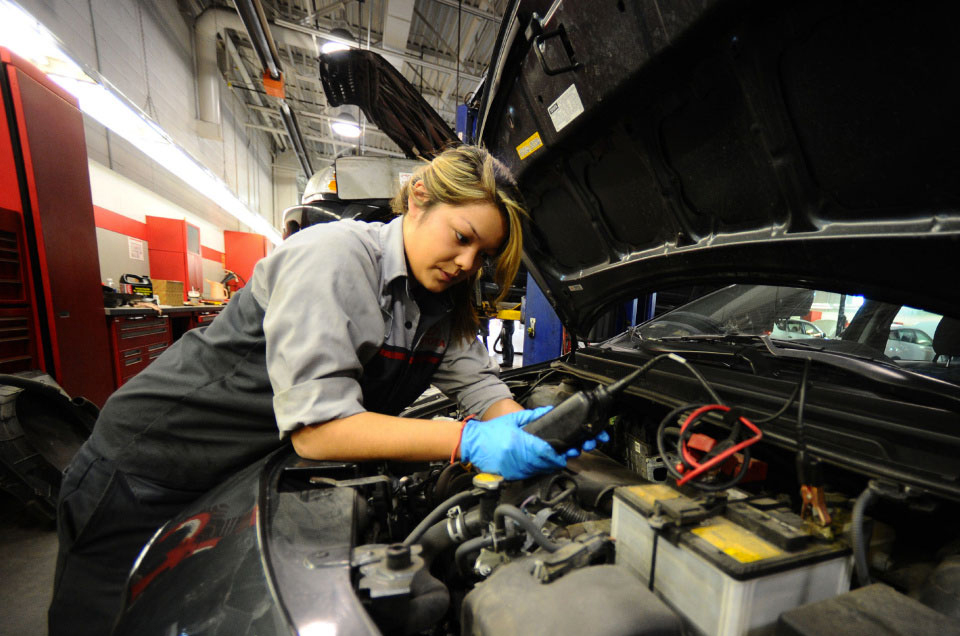 And this year IWD is adopting a powerfully positive Break the Bias (#BreakTheBias) theme, while at the same time reminding Britain and the rest of the world of important mission statements. These include celebrating the social, economic, and cultural achievements of women; building workplaces where they can and will thrive; raising awareness about equality; lobbying for gender parity – in pay and other areas.

Also, with the ever-changing, increasingly exciting employment scene in mind – especially at work locations in and around the vehicle manufacturing, retailing and servicing/repair industries – IWD is especially keen to elevate the presence and visibility of women in the technology, creative and engineering sectors.

It’s still the case that the vast majority of employees in what can loosely be described as the car business are men. In a 2020 Women In Automotive Industry study, Deloitte stated that “women still only represent around 13 per cent of the total workforce.”  But a growing number of women from all walks of life and with widely differing levels of education are now applying for and successfully securing positions – from apprentices to company directors…and pretty much everything else in between.

Coventry-born Linda Jackson perfectly illustrates the point that the sky’s the limit for those with the hunger and ability to succeed in the car business – not just close to home but overseas, too. After humbly starting as a clerk in the accounts department at Jaguar in the 1970s, Linda went ‘back to the classroom’ (Warwick Business School and Warwick University) a few years later, before eventually working her way up to the lofty position of CEO, Citroen UK and Ireland.

Then she moved even further up the corporate ladder when appointed Global CEO of the Citroen brand at the company’s world HQ in Paris. Not content with that astonishing success, Linda enjoyed yet another promotion late last year when she landed the role of CEO at the big sister Peugeot brand. Most successful Brit? Probably.

Meanwhile, over at one of the world’s largest car corporations in Detroit, US-born (but with some Finnish blood) Mary Barra has served for eight years as the CEO of General Motors (GM). And that’s one of the biggest and toughest automotive jobs on the planet.

Linda Jackson and Mary Barra are the ultimate examples of how the national and international motor industry is changing, diversifying, gradually becoming less biassed, far more inclusive – at the bottom and the top. The not so good news is that there’s still a long, long way to go before all women in the car business achieve genuine equality, inclusiveness and opportunity. But on a happier, more productive note, there really hasn’t been a better, more open time than now – March 8, 2022 – for girls to start thinking about planning a career in the sector, and for women to apply for apprenticeships, appropriate college/university courses and/or jobs at car-related companies.

And for would-be or existing automotive entrepreneurs, big and small, young and old, the opportunities and possibilities are endless.

With all the above and more in mind, The British Motor Show – itself an organisation that proudly employs women in senior roles – will be staging an Automotive Careers Expo alongside the show this August, thereby reinforcing its commitment to education and supporting the UK automotive industry. Additionally, the IMI (Institute of the Motor Industry) will be running a Tech Zone that will offer careers and other advice to showgoers.