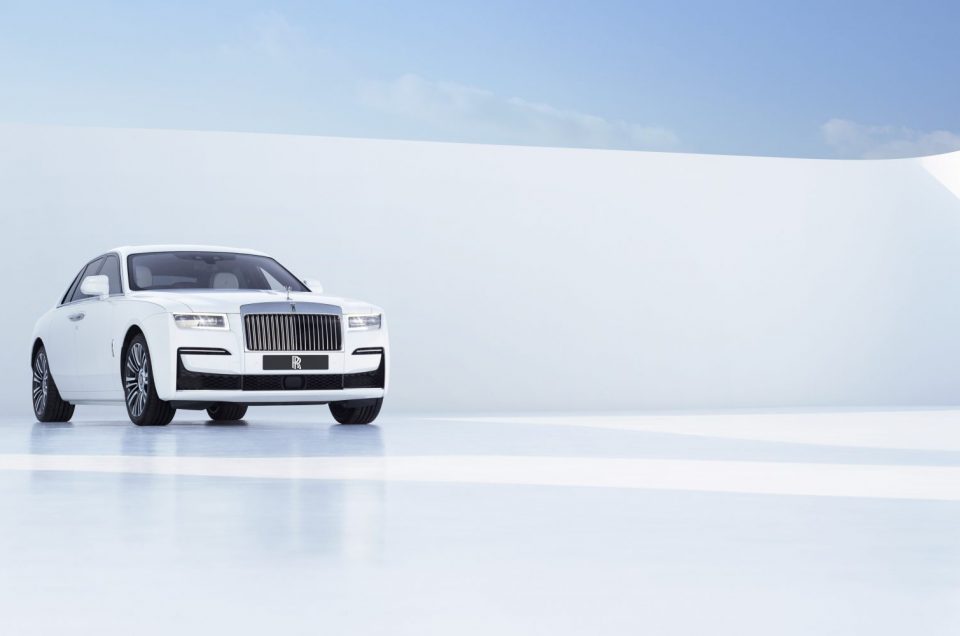 Rolls-Royce has revealed its latest Ghost, ushering in a new generation of the most successful model in the brand’s history.

First introduced in 2009, the original Ghost was built in response to a new group of customers who wanted a Rolls-Royce, but also wanted a car that was more ‘modest’ – in comparison to the Phantom, at least.

The new Ghost sits on the same aluminium spaceframe architecture used for the Phantom and Cullinan, which makes it highly rigid for an improved driving experience, as well as providing better sound insulation to keep the cabin quiet.

To ensure a 50/50 weight distribution, the front suspension mounts were pushed forward to keep the engine behind the front axle. To accommodate this, the Ghost has grown in length by 89mm to 5,546mm, and its width has increased 30mm to 1,978mm.

This has also allowed Rolls-Royce to introduce an all-wheel-drive system and all-wheel steering.

Performance comes from the firm’s 6.75-litre V12 petrol engine, which makes 563bhp and 850Nm of torque. It has a redesigned air intake system to reduce sound in the cockpit.

The famed ‘Magic Carpet Ride’ system has been updated too, with a technology called Planar Suspension System. Rolls-Royce says it has been in development for 10 years, and uses clever software that scans the road ahead for imperfections to prepare the suspension, as well as physical improvements.

On the outside, the new Ghost aims to have a more minimalist design. It looks similar to before, but subtle design tweaks such as LEDs in the front grille, give it a more striking look, while the Spirit of Ecstasy is no longer surrounded by panel lines, instead it’s alone within the bonnet.

Inside is the usual high quality materials and exquisite design you’d expect from the marque, with the highlight being a new illuminated fascia, which brings a starry glow to the dashboard surrounding the Ghost badge.