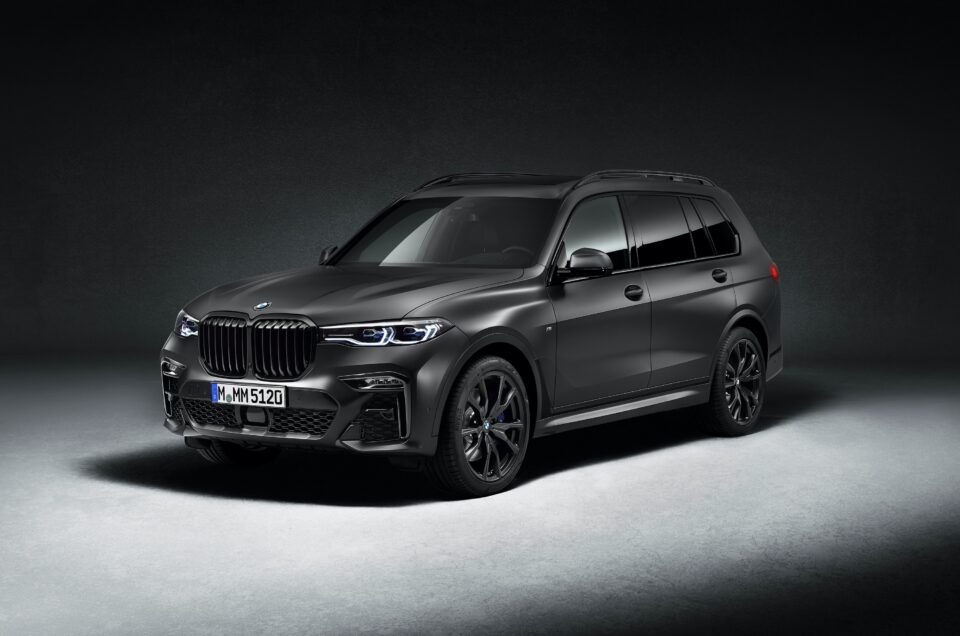 BMW has created a limited-edition version of its luxurious X7 SUV with the X7 Dark Shadow Edition.

Limited to just 500 units globally – of which just 10 will be coming to the UK – it’s the first ‘Edition’ version of the firm’s range-topping SUV to have been produced.

The additions that the Dark Shadow Edition brings are more to do with design, however. One of the most notable additions is a new arctic grey ‘frozen’ metallic paint – the first time such a shade has appeared on a BMW X model.

A lengthy list of standard equipment accompanies the Dark Shadow Edition, with highlights including a full Bowers & Wilkins surround sound system and a full panoramic sunroof. Rear seat entertainment is included too, while front massage seats add to the car’s luxurious feel.

Customers are able to register their interest now, and though prices haven’t been announced they’re likely to be higher than those that accompany the standard X7 M50i which stand at more than £90,000.