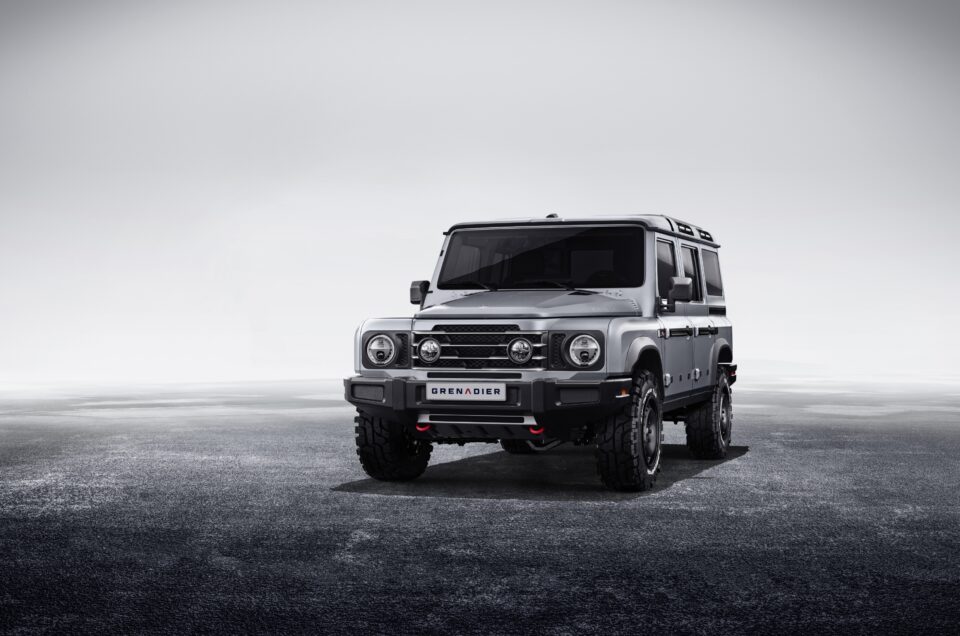 The long awaited INEOS Grenadier was finally revealed today to the automotive press.

Although you may well find the car looks very familiar, the Grenadier has been built from the ground up on an all-new platform. Penned as a no nonsense, go-anywhere vehicle, the design is claimed to represent function over form and has been designed to meet the demands of its future owners for a rugged, capable and comfortable go-anywhere working vehicle.

The similarity to the Defender is neither a mistake, nor an intentional faxscimily. However, this is not the first time a vehicle has been modelled on the Defender. The Santana PS10 was a copy of the Defender built in Spain and mostly exported to South America, almost identical to The Defender expect for twin headlamps ungraciously shoehorned into the front wings.

“The brief was simple. We set out to design a modern, functional and highly capable 4×4 vehicle with utility at its core”, said Toby Ecuyer, Head of Design. “A design that is ‘easy-to-read’, with no ambiguity about the Grenadier’s role in life.  There to do everything you need, and nothing you don’t. Nothing is for show. Modern engineering and production techniques ensure the Grenadier is highly capable, but we have been able to stay true to the essence of creating a utilitarian vehicle that will stand the test of time”.

The Grenadier is still some way from production, with August 2021 muted as a potential date for the full vehicle reveal. However, INEOS took the unusual steps of revealing the external design at an early stage of production to help increase awareness and get feedback from customers.

Dirk Heilmann, INEOS Automotive’s CEO, said: “We are delighted to be able to share the design of the Grenadier so early in the process. Most manufacturers would hold back, but we are a new business, building a new brand, and we want to take people with us on this exciting journey.

INEOS have outlined an extensive testing programme, which will see prototypes put prototypes through their paces in all conditions, on the way to accumulating over 1 million test miles over the coming year.  Revealing the car also means that INEOS can test the car without the need for camouflage wrapping, foam blocks or fake panels.

The Grenadier project started When Sir Jim Ratcliffe. a car enthusiast and adventurer identified a gap in the market for a utilitarian off-road vehicle as manufacturers took their 4×4’x upmarket.  This was the blueprint for a capable, durable and reliable 4×4 built to handle the world’s harshest environments.

INEOS claim that the Grenadier will combine rugged British spirit with German engineering rigour, making the Grenadier a truly uncompromising 4×4 built from the ground up. They are confident that it will provide best-in-class off-road capability, durability and reliability to those who depend on a vehicle as a working tool, wherever they are in the world.

New 4×4 off roader from INEOS intends to take up where the original Defender left off
.