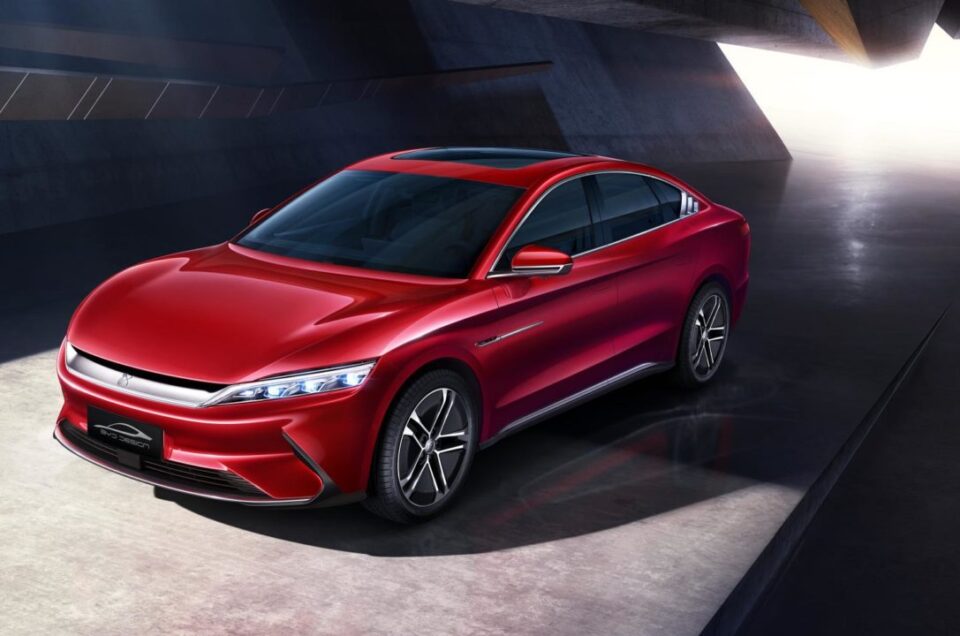 Chinese car maker BYD has announced that its Han EV saloon will go on sale in Europe.

Following the car’s Chinese debut in June, this latest announcement will see the firm’s flagship electric saloon go head to head with Tesla’s popular Model 3 in the electric car segment.

BYD claims that the Han EV will be capable of 376 miles on a single charge – though this claim is made based on older NEDC tests. A European-rated WLTP figure will be required when the car goes on sale here.

In terms of performance, the Han EV has a claimed 0-60mph time of 3.9 seconds, while it also incorporates Bosch’s Intelligent Integrated Brake System – a first for a Chinese mass-market EV – which is said to improve braking performance.

As well as 5G connectivity, the Han EV gets intelligent drive assistance functions similar to the Autopilot system found in Tesla models. The interior of the car uses a similar central display design as found in Tesla cars, too.