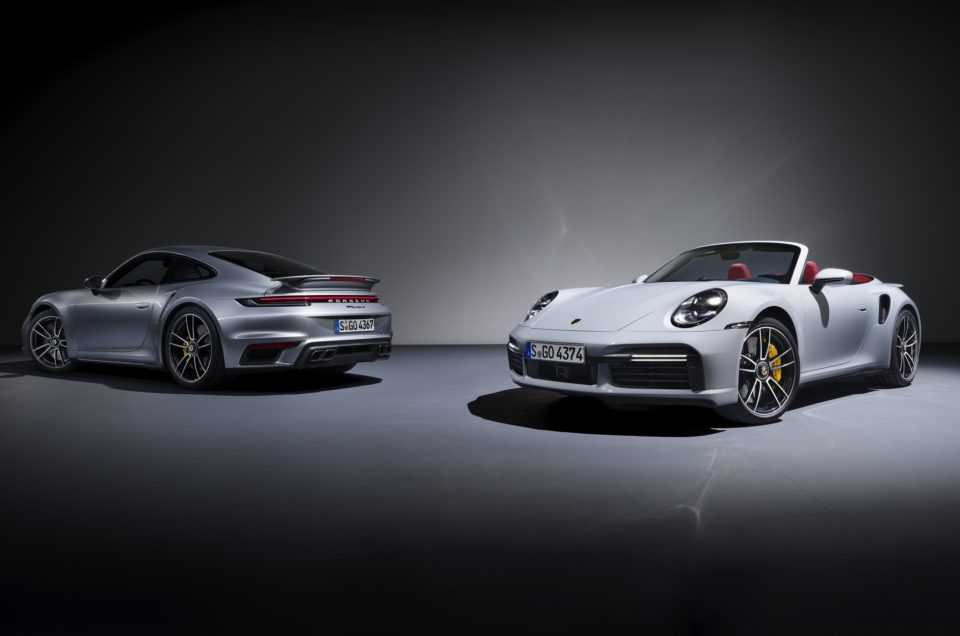 With an astonishing 0-60mph dash in just 2.5 seconds, the performance of this 911 is undoubtable, leaving for question only whether to choose coupe or cabriolet?…

Porsche’s new 911 Turbo S has been revealed, with the model producing a monstrous 641bhp.

That output comes courtesy of a new 3.8-litre twin-turbocharged flat-six engine sending that power and 800Nm of torque to all four wheels via an eight-speed PDK automatic gearbox.

The result is a blistering 0-60mph time of 2.5 seconds, and a 205mph top speed. It’s available as both a coupe or cabriolet, too, though Porsche hasn’t stated if the drop-top version of the car has seen a slight compromise on performance.

Helping to contain this power is a new aerodynamic bodykit. Along with a large rear wing at the back, adaptive elements are included in the nose of the car to optimise downforce — which Porsche says is up 15 per cent overall compared with the previous Turbo S.

Its all-wheel-drive system has also been worked to make the most of the power available in both road and circuit conditions, with as much as 500Nm of torque able to be sent to the front wheels at any given time.

Carbon composite brakes are a standard fit item to enhance stopping power, while alterations have been made to the car’s dampers for improved handling as well.

Inside the car, 18-way adjustable sports seats are available along with a full leather interior as standard. There’s also the inclusion of Porsche’s 10.9-inch infotainment system and a Bose surround sound system.