Supercars set to thrill visitors at The British Motor Show 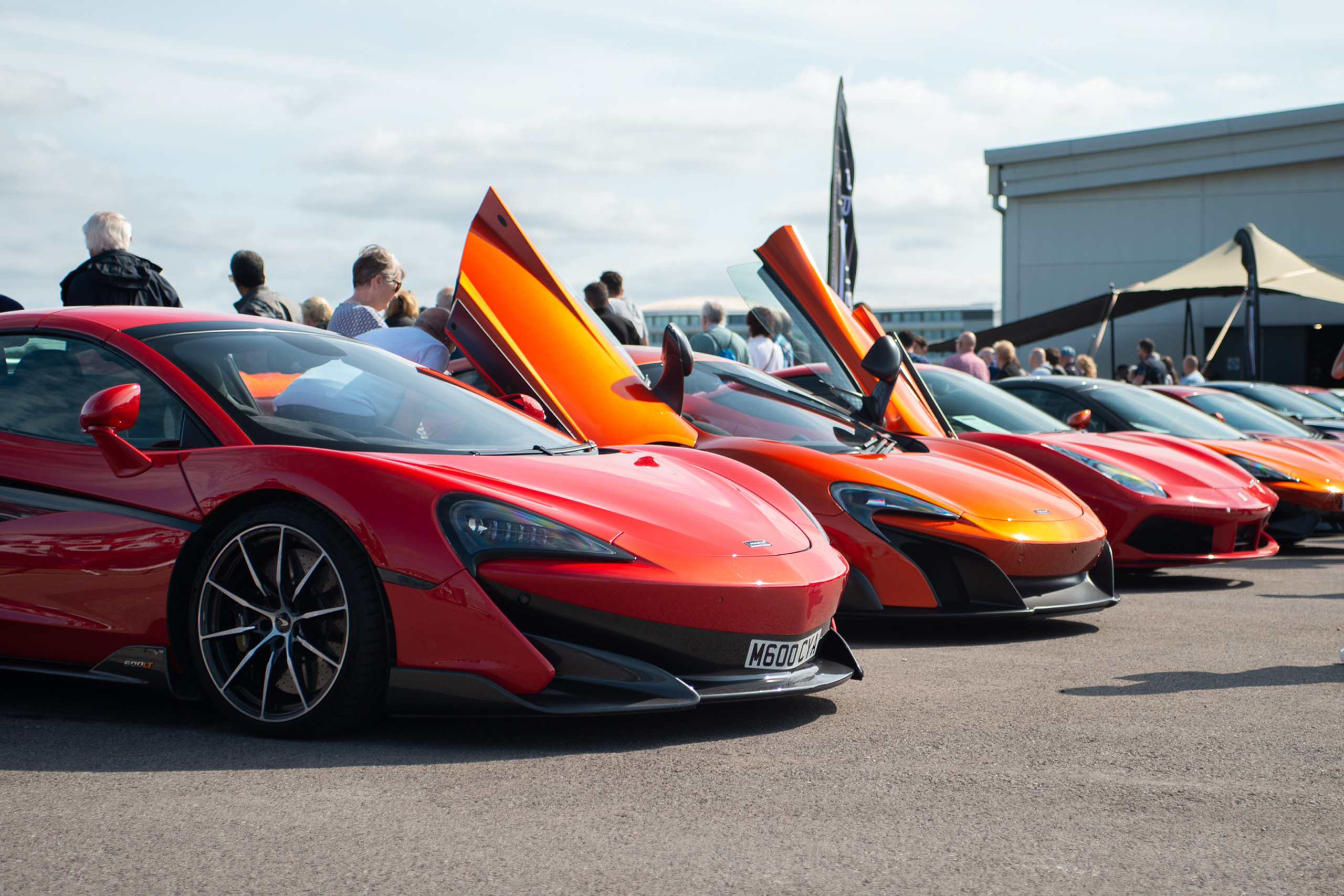 There are cars, and then there are Supercars!

Fans of iconic supercars will be thrilled to learn that one of the biggest draws of the 2021 British Motor Show is set to return even bigger and better for 2022.

The Premier GT Supercar Paddock was one of the busiest and most photographed parts of the 2021 event, which attracted almost 48,000 visitors. It featured some of the most iconic supercars ever made, with famous names such as McLaren, Ferrari, Lamborghini, Porsche and Koenigsegg represented.

For the 2022 event, which takes place on the weekend August 18-21 at Farnborough International Expo Centre, the Premier GT Supercar Paddock looks set to be busier than ever, with the UK’s premier supercar dealer committing to an even more exciting and varied display of supercars for this year’s show.

Some of the rarest cars on display will also form a supercar parade in the cinch live arena each day, so not only will you be able to see these cars in motion, but you’ll hear their incredible noises, too. The cinch live arena, hosted by TV’s star car pundit Mike Brewer, will be one of the show’s main focal points. Over four days, the arena will see a mixture of thrills and spills as Paul Swift’s stunt team will wow the crowds with stunt extravaganzas, as well as parades and comparisons of some of the star cars at the show.

If that’s not enough, supercars will also form part of the Sporting Bears ‘Dream Rides’ feature, where for a small donation the classic, performance and sports car club will take you out for a 10-mile/20-minute ride in your dream car, with all proceeds going to children’s charities.

The British Motor Show CEO, Andy Entwistle, said: “Supercars are every petrolhead’s dream, from young kids to those of us who are old enough to know better. So whether you’re five years old or 50, the millions of pounds worth of metal on display will take your breath away.”

The action-packed return of a British Motor Show in association with cinch is major news for the automotive industry, families and car fans, and is set to attract over 70,000 visitors to Farnborough International in the summer. No other Motor Show has ever delivered such a variety of content, celebrity guests and live-action, nor has it had such a focus on supporting our incredible automotive industry, which contributes £18.6 billion to the British economy at a time when it needs it most.

The British Motor Show is the best opportunity of the year to get your brand in front of thousands of car fans, car buyers and families.  We’re here to help make the show a success for you! Contact us to find out more or request an exhibitor brochure.

Supercars set to thrill visitors at The British Motor Show
.