How do these production cars stack up to their concept inspirations? 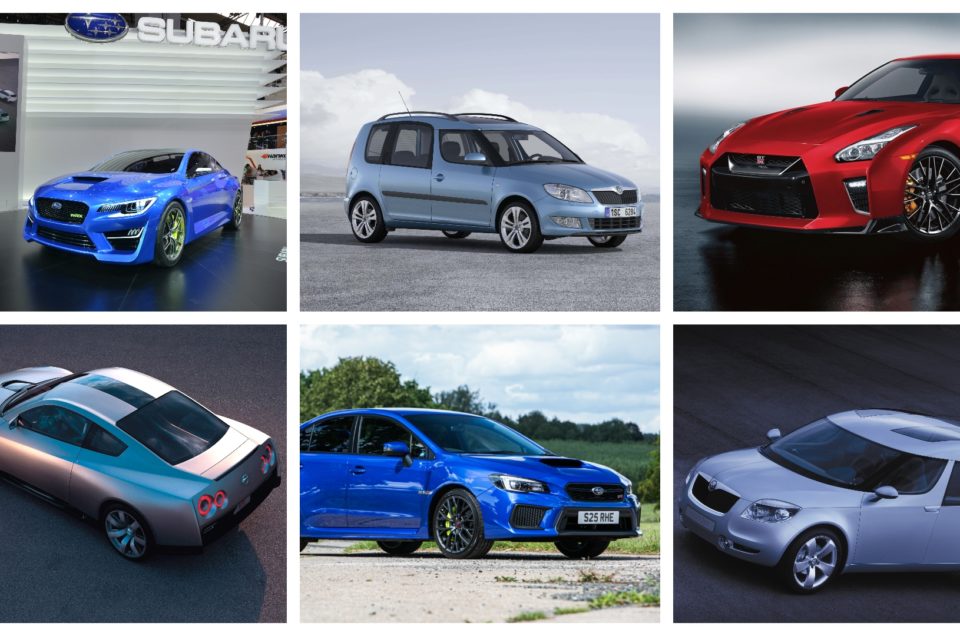 Has a drawing on an artist’s page translated to a striking production car? We take a look at a few hit and miss occasions…

Concept cars give manufacturers to go a little wild. Freed from the constraints of crash regulations and manufacturing processes, these cars give a little glimpse into what a design team would truly want a car to look like.

Sadly, the vast majority of concept cars never make it into production without some significant changes. Here, we take a look at some key concept car releases through time and the cars which eventually hit the streets.

In the years leading up to the long-awaited Toyota Supra’s return, the Japanese firm was keen to hide its plans to introduce the model again — though gave a clear hint to its intentions in 2014 when it unveiled the FT-1.

In hindsight, the FT-1 is remarkably-similar in style to the Supra — sharing a silhouette, sharp nose and near-identical headlights. The concept arguably looks a little more space-age than the car it spawned, though.

The Range Stormer concept announced a new wave of design for Range Rover. It was big, brash and hard to miss, particularly thanks to the bright orange paintwork and ‘frozen’ rear lights. It made waves when it arrived in 2003, in fact.

The Range Rover Sport brought some of the Stormer’s flavour to the roads, though it wasn’t nearly as outlandish. Still, the Sport’s styling was a big shift for the firm and it obviously worked — the Range Rover Sport was a hugely successful car for the company.

Rollback to 2013 and Subaru looked set to reinvent its most iconic model. It showcased the WRX Concept, which appeared to move the model from a beefed-up version of an Impreza saloon to a more mature, but still brash and appealing machine living on its own merit.

The road car that came? Well, that was again an Impreza with a big wing stuck on and a turbocharged engine. We’d be lying if we weren’t left a little disappointed…

The Skoda Roomster Concept of 2003 showed a new direction for the Czech brand. The concept showed that compact MPVs needn’t be boring, with a huge piece of glass dominating the rear section and flush door handles giving a sleek, minimalist look.

The same couldn’t quite be said for the production Roomster. It didn’t have nearly as many ‘look-at-me’ features as the concept and, while it was incredibly practical, it just wasn’t quite as remarkable to look at.

In 2001, Nissan was on the brink of ending production of the Nissan Skyline GT-R with no clear intentions of replacing the model — closing the book on an icon in the process. It did, however, hint at a future revival with the bubbly, spaceship-like GT-R Concept at the 2001 Tokyo Motor Show.

Eventually, the production version of the car did arrive in 2007 — with a much more road ready-like prototype reveal in 2001. Though very different from the original concept, the R35 GT-R was very clearly inspired by that model.

At the time of the 4C Concept’s reveal, Alfa Romeo was sorely in need of a car to inspire enthusiasts and this looked to be it. A sleek, compact mid-engine sports machine seemed to be exactly what the firm needed and public reaction was overwhelmingly positive.

The production car retained an almost identical look, save for a questionable change of headlights that was later fixed for the car. Sadly, the driving dynamics didn’t quite match the looks and the 4C is now something of an acquired taste.

In terms of subtle changes from concept car to production vehicle, the transition of Ford GT40 Concept to Ford GT is right there. A striking concept was introduced at the 2002 Detroit Auto Show, showcasing an almost pin-sharp recreation of the original GT40 – albeit on a slightly larger scale.

The production model which came after was left largely unchanged. The design was streamlined slightly, but this is one car which transitioned from concept to production with minimal changes.

Bugatti announced its return to the production car market with the 18/3 Concept, which was revealed in 1999. Powered by a staggeringly large 6.3-litre W18 engine, it was a concept which few people believed could ever be translated onto the road.

Then the Veyron arrived. Using an 8.0-litre W16 engine it brought the performance that the 18/3 Concept had promised, yet finessed and elevated the concept’s original design. It’s gone on to be one of the most iconic hypercars of all time.

Honda’s Urban EV concept was revealed to much acclaim at the 2017 Frankfurt Motor Show. However, its dinky proportions and retro-inspired design couldn’t make its way into production, could it?

Thankfully, Honda took the praise lavished on the Urban EV and put the Honda E into production with few changes. The striking design remains, and even high-tech features like integrated wing mirrors which use screens to display the rearward image carried over to the model we’ll see in dealerships shortly.

Volvo has some form when it comes to creating large, comfortable saloon cars. However, they’ve often not been the sleekest of vehicles, erring more on the side of practicality than style. The Concept Estate appeared to change that, however.

Almost shooting-brake in design, it was a design which showcased an all-new look for Volvo. And the best part was, it remained largely unchanged when the production version – the V90 – arrived on our roads.

Head down to the British Motor Show in August to check out all the best cars in production, past and present, don’t miss out, get your tickets now.

How do these production cars stack up to their concept inspirations?
.