Record crowds attend The British Motor Show 2022 as bigger, better and busier event re-engages public with the love of cars 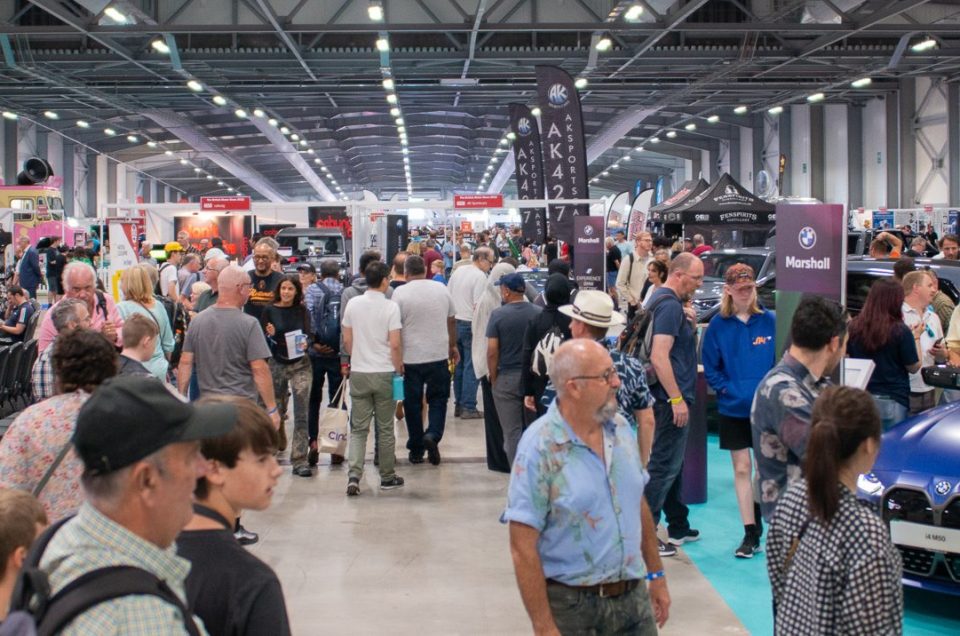 Bigger, better and busier than ever, The British Motor Show 2022 broke its own attendance record – along with some GUINNESS WORLD RECORDS – as nearly 60,000 visitors flocked to Farnborough for the most exciting car show in the calendar.

Now fully established as one of the UK’s must-attend motoring events, The British Motor Show 2022 saw over 21,000 people attend on the busiest day of its four-day calendar, with guests being treated to an array of live and interactive events, live stunt shows, the National Geographic Car SOS Live Stage, drift demonstrations from Shred Shed and Petrolheadonism Live (which were hugely well-received) and an incredible display of supercars from Premier GT.

There was plenty for potential car buyers, too, as proven by one of the major new car retailers attending, which reported a sales lead every 52 seconds.

Featuring everything from the latest high-tech electric cars to a glorious display of classics celebrating our unique motoring heritage, The British Motor Show developed its unique concept of being the most interactive car show in the world, with a 30% bigger site and more than twice as many exhibitors as the show enjoyed in 2021.

The British Motor Show CEO, Andy Entwistle, said: “One thing that really came out from both visitors and exhibitors this year was that many of them were overwhelmed by the diversity of the event, and moreover of the people that attended. Families, in particular, were extremely visible, taking advantage of a truly exciting and terrific value day out.

“From the very outset, one of our core aims was to re-engage the younger generation in a love of cars and the automotive industry. Seeing so many beaming young faces as we put on so much more than just a car show was my personal highlight of an incredible few days, and we can’t wait to do it all again next year.”

The British Motor Show 2023 takes place at Farnborough International from August 17-20. Tickets are available at www.thebritishmotorshow.live

Record crowds attend The British Motor Show 2022 as bigger, better and busier event re-engages public with the love of cars
.