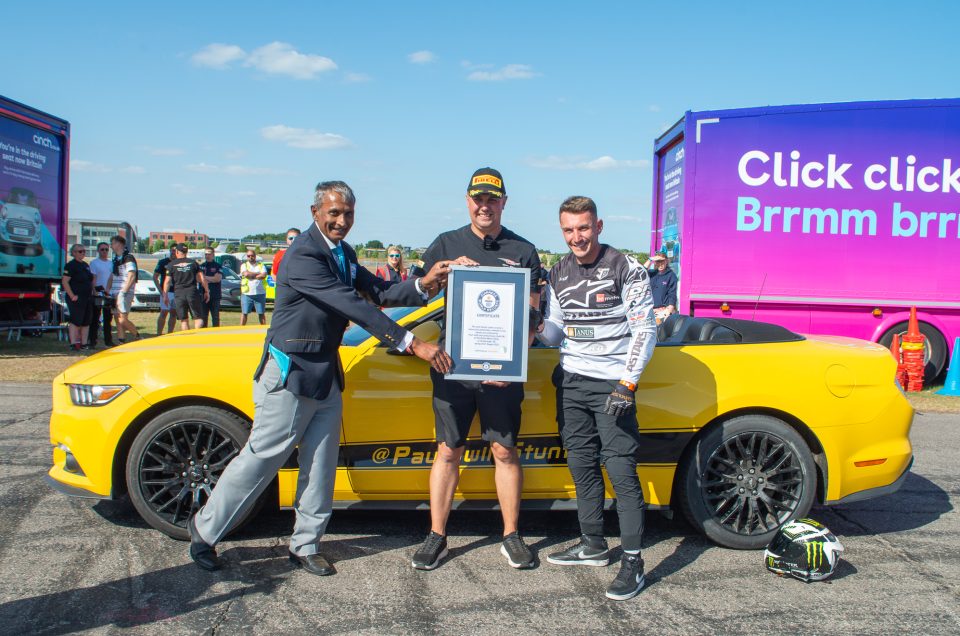 The British Motor Show has powered its way into the record books for the second day running after Paul Swift achieved the GUINNESS WORLD RECORD for the most donuts (spins) around a motorcycle performing a wheelie in one minute.

Swift managed to power his Ford Mustang around the moving motorbike eight times in total, with six being the benchmark by which the record would be set.

It’s the second record of the show for Swifty, who on Friday set the GUINNESS WORLD RECORD for the tightest parallel park in an electric vehicle.

There’ll be more record-chasing activity through the weekend, with a Mass-Participation Record attempt, which will see The British Motor Show trying to get the Most photos of people with the same car uploaded to Facebook or Instagram in one hour. Using a classic Ford GT40 as the photo subject, showgoers will be given one-hour windows to upload their images, with a view to getting as many images of the car onto the global social media platform as possible.

Paul will also attempt to break his own records for a second time, with the donuts and parking records being scheduled again on Saturday and Sunday.

We’ll keep you posted on our record-breaking progress so keep checking back for more!

The British Motor Show breaks second world record in as many days
.