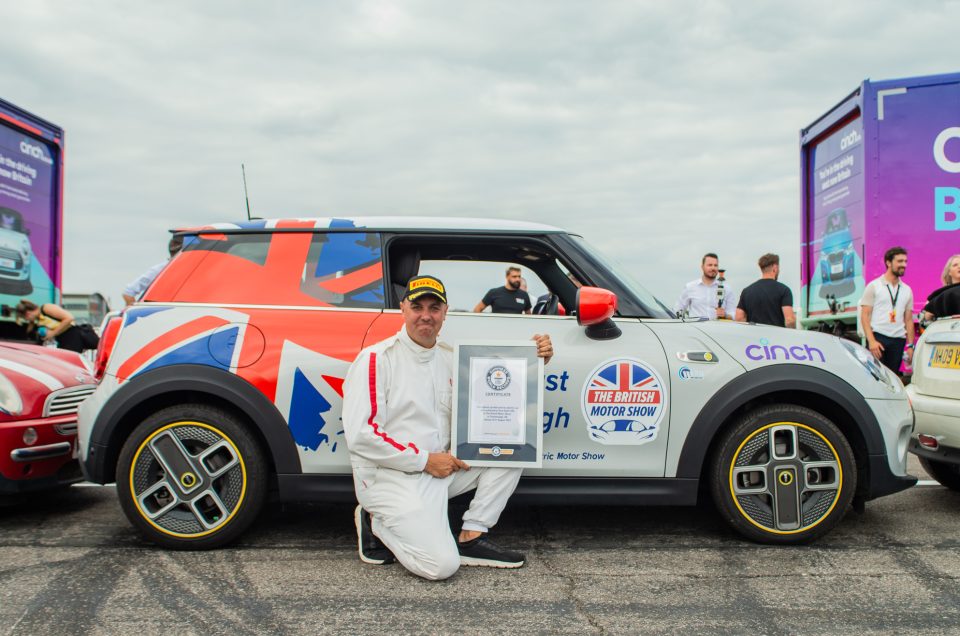 The British Motor Show 2022 has got itself into the record books!

Stunt driver Paul Swift achieved the GUINNESS WORLD RECORD for the world’s tightest parallel park in an electric car, with Swifty squeezing the Mini-e into a gap of just 35cm. But that doesn’t mean he’ll rest on his laurels, with three more attempts to break his own record over the course of the weekend.

And that’s not the only record that The British Motor Show will be looking to break this weekend, with two more GUINNESS WORLD RECORDS in the show’s sights.

Paul Swift will be looking to set the record for the Most doughnuts (spins) around a motorcycle performing a wheelie in one minute. The benchmark to beat on this is six. To attempt the record, Paul will be driving a Ford Mustang and will circle the bike, which must be consistently moving with one wheel in the air. It’s harder than it sounds…

The second is a Mass-Participation Record attempt, which will see The British Motor Show trying to get the Most photos of people with the same car uploaded to Facebook in one hour. Using a new Ford Mustang as the photo subject, showgoers will be given one-hour windows to upload their images, with a view to getting as many images of the car onto the global social media platform as possible.

We’ll keep you posted on our record-breaking progress so keep checking back for more!