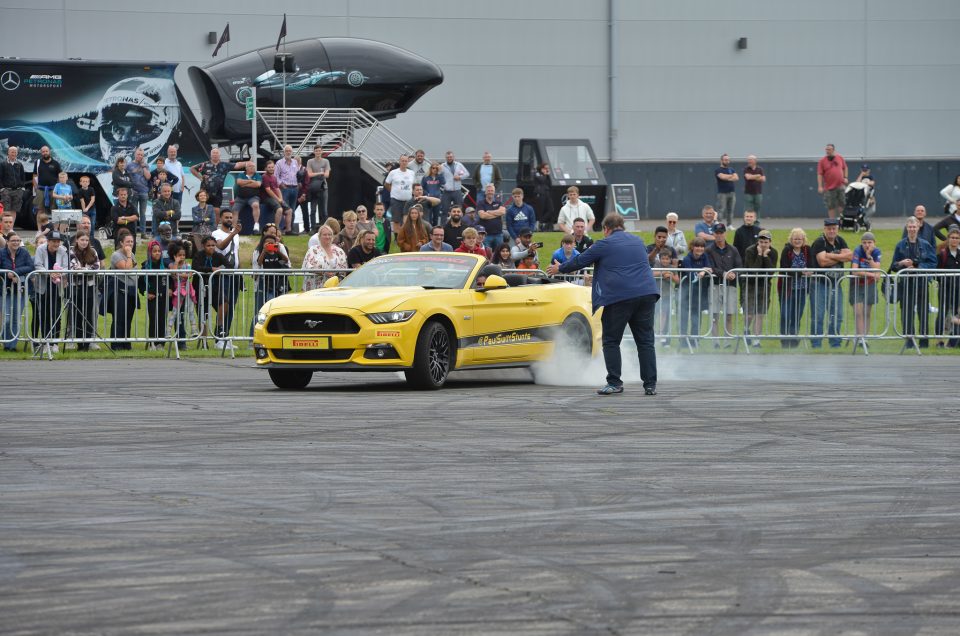 Fancy getting yourself into the Guinness World of Records? Well, at this year’s British Motor Show, you might just be able to do that!

As well as chasing a record attendance in 2022, we will be attempting to get into the history books by attempting three Guinness World Records titles too.

Two of these will be attempted by legendary stunt driver Paul Swift, and the other will be down to the participation of visitors to the show.

The Mass-Participation Record attempt will see us attempting to get the Most photos of people with the same car uploaded to facebook in one hour. However, this is no ordinary car. Ford UK have loaned us their very own heritage 1964 GT40 in Le Mans 1966 winning colours as the photo subject, this is one of the most photogenic cars of all time regardless, so who wouldn’t want to put this on their social media feed! You will be given one-hour windows each day, between 10:15 & 11:15, 12pm & 1pm and 2pm & 3pm to upload your image, with a view to getting as many images of the car onto the global social media platform as possible, using hashtag #motorshowrecord.

Our other two record attempts will take place in the Live Arena, where Paul Swift will be attempting to make his own mark by smashing his way into the Guinness World Records book – or hopefully not quite…

The first of these will be to attempt theTightest Parallel Park by electric car. Using the cars from our CARmonwealth games competition and an electric MINI, Swifty will be exercising his precision driving skills to drift the car into a gap barely bigger than its length, attempting to get under the required distance of a 20cm gap once the car is in place.

The second will be for Paul to set the record for the Most donuts (spins) around a motorcycle performing a wheelie, in one minute, because… well, why not! The benchmark to beat on this is six. To attempt the record, Paul will be drifting a Ford Mustang and will circle the bike, which must be consistently moving… with one wheel in the air. It’s harder than it sounds…

Paul Swift said: “The British Motor Show is all about entertainment and so are our precision driving displays, but we want to leave this year’s show visitors seeing us make history by setting some new world records. It’ll be a tough call, but I hope by Sunday night we’ll have achieved it!”

What better way to have some fun than by breaking some records and by involving the public. As well as the cinch Live Arena record attempts we’ll be embracing the show’s ethos of being the most interactive car event in the calendar. We’re confident that The British Motor Show 2022 will go down in history anyway, but if we can make it official, even better!”

Make sure you get your tickets now and come and help us break a few records along the way.

Be part of Guinness World Record attempt at The British Motor Show
.