The Countdown is on and this year’s British Motor Show is going to be bigger, better and more exciting than ever! 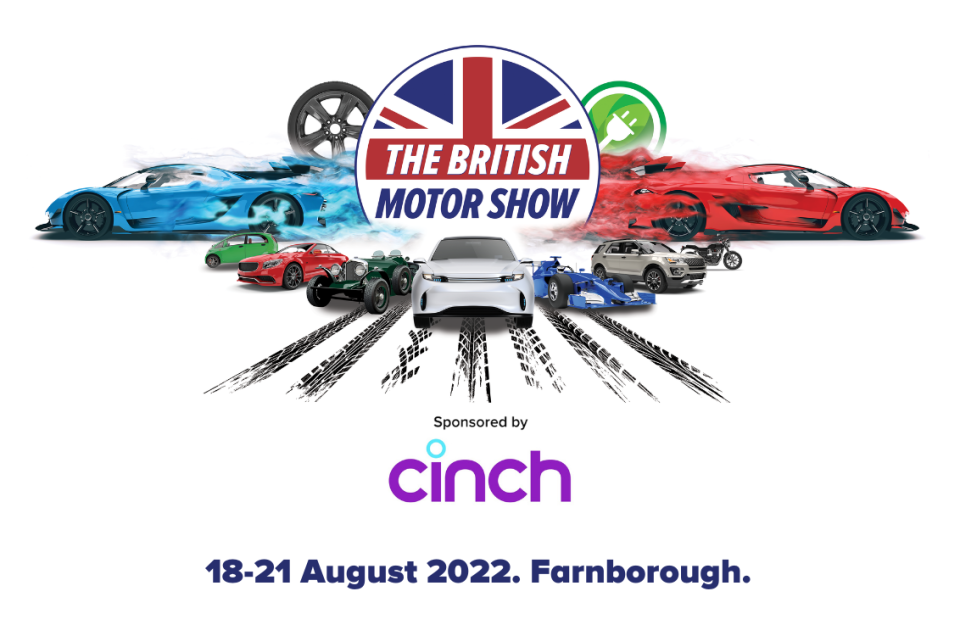 New cars, classic cars, supercars, motoring celebrities, stunt shows, live test drives, breath-taking passenger rides, interactive features and an incredible-value day out for the entire family are all just some of the attractions for this year’s British Motor Show in association with cinch, which takes place at Farnborough International, Hampshire, on August 18-21.

With stars including Car SOS hosts Fuzz Townshend and Tim Shaw, automotive TV pundit Mike Brewer, Olympian Iwan Thomas, the amazing Paul Swift stunt show and a host of hands-on interactive features never seen at other automotive events, the British Motor Show continues to build on its mantra to reinvent the concept of the motor show– something which we turned on its head last year when over 47,000 people flocked into our halls.

Among the star attractions will be the popular Premier GT Supercar Paddock, as well as an outdoor area featuring masses of classic, motorsport and custom cars. With a live arena, live stages and a heart-stopping stunt show all included in the entry price, it’s the perfect event for all the family.

Building on the success at last year’s Show, The cinch Live Arena – featuring stunt shows, car reviews, supercars and more – will be hosted again by Wheeler Dealer, Mike Brewer, with help from petrolhead and Olympic silver-medal sprinter, Iwan Thomas. The Family Zone will also be extended in 2022 with new features as well as popular features from 2021 including car wrapping and The Racing Bug’s racing simulator.

In addition, customers will be able to view all the latest mainstream, high performance and electric cars first hand, with test drive opportunities and even the chance to buy a car at the show.

Sponsored by cinch, The British Motor Show takes place at Farnborough International from 18-21 August, with advanced ticket prices held from 2021 at just £18.50 each, or £37 for a family of four. However, customers are encouraged to act quickly as some of the busier days are expected to sell out.

The Countdown is on and this year’s British Motor Show is going to be bigger, better and more exciting than ever!
.