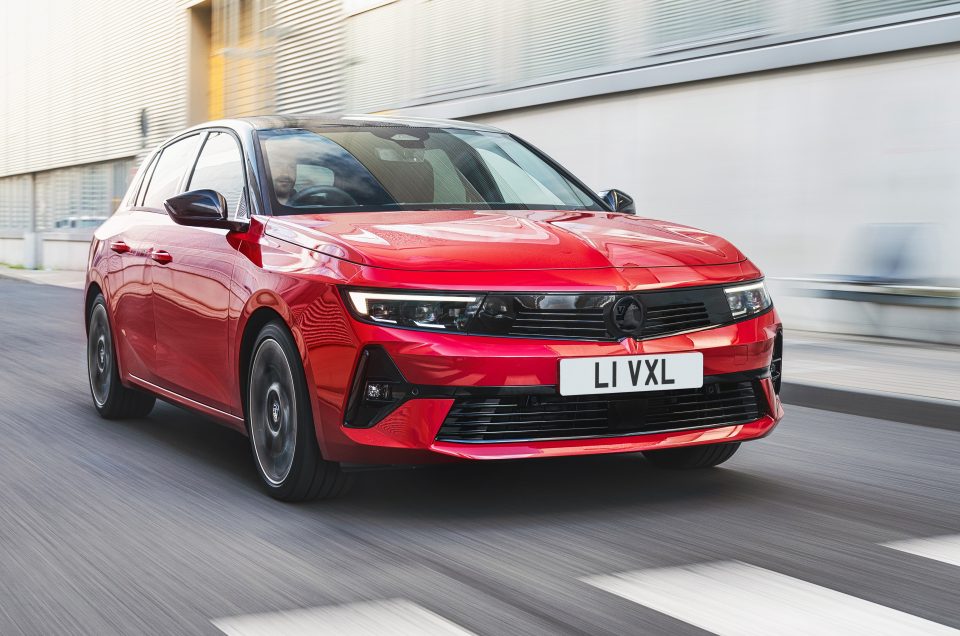 Smart design, impressive refinement and a plug-in hybrid drivetrain are among the highlights of the new Astra. We’re among the first to drive it

This is the all-new Vauxhall Astra – the eighth generation, no less. It’s as storied a car as its family hatchback arch-rival, the Volkswagen Golf. But unlike the Golf, this is a car that hasn’t been in the forefront of buyers’ minds recently. However, this radical-looking new Astra aims to change that.

With Vauxhall now part of the giant Stellantis group, the Astra is based on the same architecture used to create the new Peugeot 308. This means it’s available from the start – and for the first time – as a 180hp plug-in hybrid, alongside 1.2-litre petrol (either 110hp or 130hp) and 130hp 1.5 diesel engines, plus a Pure Electric Astra-e arrives in 2023.

Being free from previous owner General Motors also means a newfound freedom in styling – which is why the Astra has such a radical look. The unshackled designers have let their imaginations run free, resulting in an Astra described as ‘bold and pure’. Visually, it’s in a different league to its predecessor.

It looks particularly striking in GS-Line guise, the sporty one of the three-variant launch range. But even the Design version is distinctive, while Ultimate is the high-spec alternative to Audi’s Vorsprung grade.

More powerful versions will follow later, along with an Astra Sport Tourer estate (also due in electric guise). Prices at launch start from £23,275, with deliveries beginning now. But what’s it like, will it give the Golf something to worry about, and will it help the Astra return to the UK best-sellers chart? Our team travelled to Portugal to find out.

Can you believe it’s an Astra? Compared to the outgoing car, this is a revelation. Bold, clean and angular, it’s not quite as block-tastic as a Hyundai Ioniq 5, but it’s anything but a jellymould.

The long bonnet, steeply-angled windscreen and contrasting black A-pillars and roof give it a racy profile, while the treatment of the front and rear LED lights is beautiful. The ‘Vauxhall Vizor’ black front panel underlines the car’s futuristic appearance.

Flared wheelarches mimic the blisters of 1980s Astras, and those cars’ plastic panel set into the rear C-pillar has also been referenced here. Even the high level brake light is now a design element. A tiny vertical strip of LEDs, it intersects with the straight lines of the tail lamps to create a so-called ‘Vauxhall compass’. Day or night, this car is going to be a head-turner.

The theme continues inside, with dual screens angled towards the driver – the top-spec one featuring an edge-to-edge touchscreen within a magnesium frame. New Vauxhall infotainment is good-looking and intuitive.

You get buttons, too – for heating, driver assistance functions and the heated seats. Apparently, German drivers insist upon it. This simple addition makes it much less bewildering to use than some.

Vauxhall puts much emphasis on seat comfort, even going so far as to team up with the German ‘better back’ association, AGR. All the seats are AGR-approved: pick from either regular or more bolstered sports seats. Along with a multi-adjustable driving position, they make it easy to get settled, and the view down the wide bonnet, with its distinctive central spine, is commanding. The new steering wheel has blocky and clear buttons, and feels good to hold.

Vauxhall’s remit within the Stellantis empire, to set it apart from, say, the Peugeot 308, is to offer a sophisticated Germanic drive without the premium price tag. The new Astra does this very well indeed.

It’s a safe and confident-feeling car on the road. Composure is excellent and steering response is linear; you don’t have to second-guess your inputs or keep adjusting the steering. It tracks straight and corners evenly.

This makes it an enjoyable car to drive quickly on twisting roads – not because it’s particularly raw and intense, but because it’s accomplished and able. You get a good sense of where the limits are, and what the front wheels are doing, without being overwhelmed with chatter. Your passengers won’t be thrown about or left feeling queasy through excessive body lean, either.

It feels firm, but isn’t uncomfortable. The flat ride is calm and isolates bumps well, with particularly little fuss when encountering potholes. It feels premium in its responses, rather than harsh and shuddery.

The 1.2-litre turbo engine is no ball of fire, but it’s effective enough, with a super-smooth nature and good pulling power if you’re lazy with the gearbox. Shift quality is ok, but you might prefer the slick eight-speed automatic, particularly given the long shift action that feels at odds with the rest of the Astra’s ease of use.

We also drove the diesel but this is barely any more economical than the £1,000-cheaper petrol – and the star of the show, the 1.6-litre hybrid.

A 1.6-litre turbocharged engine and a 110hp electric motor combine to produce 180hp, for 0-62mph in 7.6 seconds. It can do up to 84mph in pure EV mode, and has a range of 37 miles. I drove the 27 miles from Lisbon airport to the hotel very swiftly and entirely in electric mode, and still had a couple of miles left over at the end.

It runs near-silently when operating as an EV, and the engine is distant when it kicks in – you probably won’t even notice. An acoustic windscreen and optional double-glazed side windows cut high-frequency disturbances, and tyre roar is pretty well isolated given the 18-inch wheels’ size.

It makes the neat new Vauxhall indicator ‘pip-pop’ noise all the more obvious (and there are dozens of other new alert sound effects – created by a composer, no less).

Vauxhall is on a roll at the moment. The latest Corsa has become Britain’s best-selling car. The Mokka is one of the most distinctive small crossovers. And this new Astra makes the anonymous old car seem like something from another era. It looks fantastic.

Vauxhalls have driven well for years now, with a good balance of Germanic confidence and engaging capability. This well-honed car is no exception, and the availability of a plug-in hybrid from launch easily makes up for the limited petrol and diesel engine line-up.

Overall, it’s an interesting, appealing, design-conscious car that, on first evidence, is up there with the class best in terms of ability. We look forward to driving it on British roads and seeing if Vauxhall’s UK momentum can accelerate further.