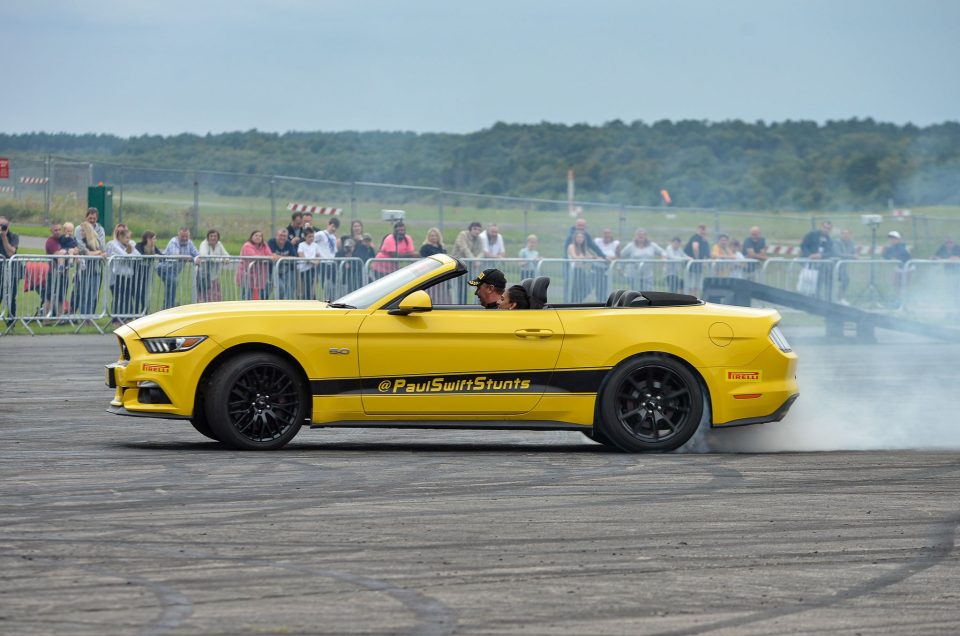 Famous runners will be taking on the unique challenge of racing an array of electric cars including a high-powered MINI Cooper S Electric at the National Running Show in Farnborough on May 7-8 2022.

And it’s not just elite athletes that can take part – runners of all ages and abilities can compete against the array of EVs in an event organised by the British Motor Show.

A special 100 metre course has been designed, one which is as challenging to cars as it is to runner.

Both man and machine will have to accelerate hard in a straight line, navigate a tight cone and then blast back to the finish line, in as little time as possible.

Professional drivers from the Paul Swift Precision Driving Team, including world record holder Paul Swift himself, will be among those getting behind the wheel.

“But it’s not going to be quite the walkover you may think,” said show director Andy Entwistle.

“On paper, the car has a better power to weight ratio, but will this be enough to a nimble, fast-reacting human? I for one can’t wait to find out.”

All show visitors will be able to pit themselves against the machine – and some famous runners will themselves be getting behind the wheel as well as showing off their talents on two feet.

There are prizes up for grabs, too: the top five runners each day will win a family ticket for four to the British Motor Show in August.

“Just like man, electric cars have evolved over the years,” explained Andy. “The latest EVs are the pinnacle of automotive evolution.

But can man still beat these revolutionary machines? We though there was only one way to find out: a race!

Over the course of the two-day National Running Show, the British Motor Show and Paul Swift Precision Driving Team will be pitting a variety of machines against the crowd, to see who really is the quickest.

And if you feel like a MINI might be too much, visitors can also put their running skills up against an electric scooter or even a Sinclair C5!”

Question is, who will win? Will it be a walkover for the 184hp electric MINI – or will the runners spring a surprise victory?

Tickets are still available for the National Running Show here.