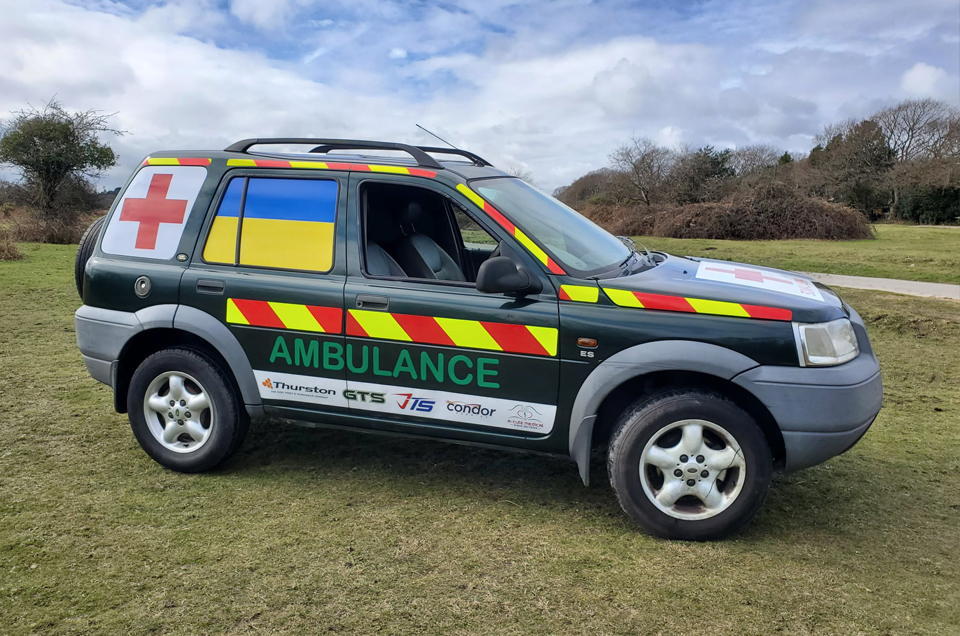 A husband-and-wife team of classic car enthusiasts from the New Forest are to donate two fully prepared vehicles to support Ukrainian medical services as part of a life-saving mission in Eastern Europe.

Richard and Gosia Myers have enlisted the help of a number of local businesses to prepare the two vehicles – a Land Rover Freelander first response vehicle and a Fiat Ducato ambulance – but are still looking for support to raise funds for essential medical equipment as well as any assistance possible in the preparation and maintenance of the vehicles, or towards the cost of delivering them across Europe.

“Having team members with direct family ties to Eastern Europe, we couldn’t stand by and do nothing,” said Richard. “We decided to donate two vehicles to the Ukrainian Medical Services. The first (Land Rover Freelander) has just undergone a conversion to a First Response car and will be kitted out with medical supplies, spinal boards & trauma kits. The second (Fiat Ducato) is ready to be converted into a frontline Ambulance.

“Once the second one is completed, we will drive them straight to the Poland-Ukraine border and hand them to a representative from the Ukrainian Medical Services.”

The Ambulances4Ukraine team are working with the full support and guidance of the Ukraine Embassy in London, as well as receiving huge support from Thurston, Condor Ferries, Guernsey Transport Solutions (GTS) and A-Cute Medical. They are still in urgent need of emergency roof bars and beacons for the vehicles, along with sterile medical equipment.

Kyiv resident and friend of Richard and Gosia, Inna Dashchenko, said: “Our medical defenders are waiting for these vehicles to evacuate wounded people from Bucha, Irpen and other hot points. To carry wounded soldiers from the battle fields to hospitals… the vehicles will do so many good things.”

Donations to the cause can be made here https://www.justgiving.com/crowdfunding/ambulances4ukraine?utm_term=q4qk89GYE

Just Giving charges a percentage fee, but Richard and Gosia have agreed to match it so it cancels out any platform charges, meaning anyone who donates can be guaranteed that 100% of their pledge goes directly to support frontline medics.

If the fundraising campaign proves successful, Richard, Gosia and their team will be looking to prepare two more vehicles upon their return to the UK.