10 car things that are disappearing fast 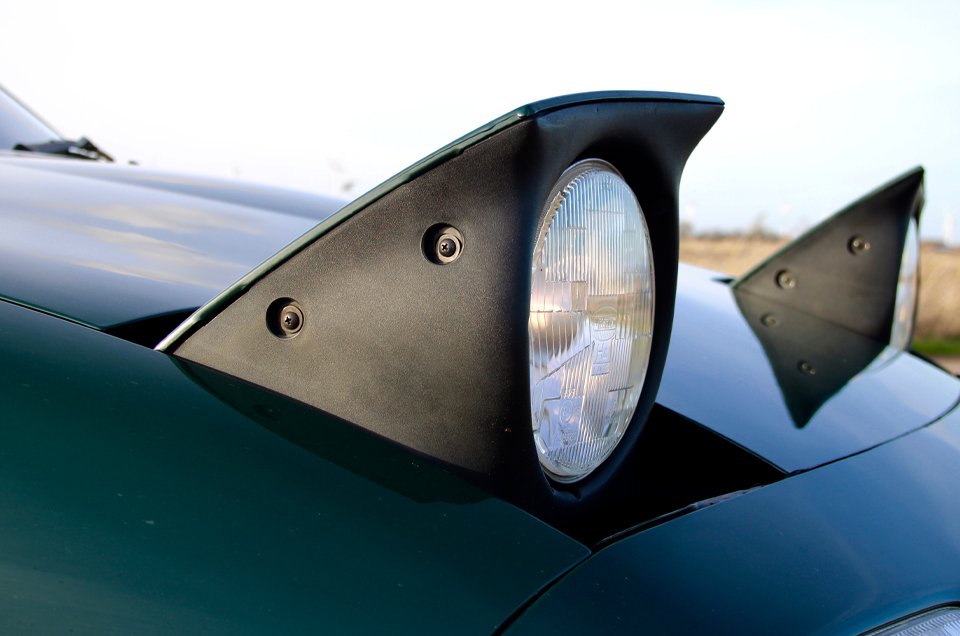 There are a number of traditional car features that are slowly dying a death. But will we actually miss them?

Car design and in car technology moves at a ridiculous pace, what was the latest must have add on can quickly become built-in obsolescence. We’ve taken a look at ten of the things that are now almost obsolete – but which of these 10 items (if any) do you actually miss?

Throughout the 2000s, sat nav systems were all the rage. From aftermarket units you mounted on suction cups, Philips and Becker single DIN units that slotted into a normal radio aperture through to systems such as Jaguar’s ‘haptic feedback’ touchscreen, a sat nav would often add more than £2,000 to a new car’s list price. However, with the rise in apps such as Google Maps, Apple CarPlay and Android Auto, built in Sat Nav is on the decline and after market stand alone units are almost completely extinct.

If you’re of a certain age, then you’ll never forget the excitement of saving up for a new radio cassette or CD player with which to upgrade the old radio in your car. You used to be able to flip the front off or pull the whole thing out so it didn’t get nicked. And the more flashing lights, the better. A car radio was a status symbol and an icon of the car cruise culture of the late Nineties. However, with the integration of in car technology and the design of the dash, it’s almost impossible to fit aftermarket units to a modern car.

There was a time when miniature wipers on your headlights were very much a status symbol, fitted to luxury models as well as SAABs and Volvos. They first appeared on the Saab 99 in 1970 as a road safety feature, but later on, became a status symbol. In the late Eighties, you could even get tiny ones for the round headlights on a BMW ‘E30’ 3-Series. They helped in the auction rooms, too. If a Mercedes had headlight wipers, it was clearly a higher spec model. But, the design of modern lights means it’s almost impossible to fit wipers. They are also considered a danger to pedestrians in the case of an accident.

In the early 2000s, Xenon ‘gas discharge’ headlights were all the rage on premium and executive models. The lamps had much greater intensity than more commonly used halogen units but weren’t as blinding to oncoming motorists allowing manufacturers to give the lights more output. They were great – but expensive. As an option, Xenons would often cost over £2,000 and were a real premium feature. And today, they’re nearly obsolete. The latest LED lighting technology is more reliable and more efficient signalling the end of xenon headlights.

The car key’s descent into obscurity began in the early 2000s, with Renault being the first carmaker to do away with it altogether. The 2001 Laguna came with a credit card-sized smart key that simply slotted into the dashboard. Realising that taking away a weighty and expensive column lock would help reduce cost and weight, most manufacturers followed suit, dressing up a cost-cutting measure with fancy-looking smart key designs and the excitement of racing car-style starter buttons.

The first car to feature pop-up lamps was the 1936 Cord, but it was the 1963 Chevrolet Corvette that popularised the idea of pop-up lamps, which found their way onto vehicles as diverse as the Mazda 323F and Volvo 480ES as well as automotive exotica. So it was somewhat ironic that the last car to have them was the Chevrolet Corvette C5, which went out of production at the end of 2004 when pop-up lamps were outlawed by US safety laws, considered a danger to pedestrians. The rest of the world followed suit and the pop-up headlight became a thing of the past.

Hydraulics were in cars for years, with fluid powering brakes, steering and sometimes even suspension. Anywhere additional pressure was needed to increase force, hydraulics would take care of the physics. The downside, though, was the amount of plumbing required. Electric power steering came first, made popular in the 1995 MGF. Electronic brakes, or brake-by-wire systems, came a bit later thanks to the additional safety concerns but were first mass-produced on the 1999 Toyota Prius. These days, most cars use these systems for weight and reliability.

The manual gearbox is as old as the car itself, but its days are soon to be numbered. At the start of the 21st century – according to SMMT data – manual transmission was fitted to around 70% of cars sold in the UK. Today, that figure is below 50% and in electric and plug-in hybrids it’s zero, as they don’t use a gearbox. And that means that the traditional performance car driver’s art of ‘swapping cogs’ will soon be consigned to motoring history.

The 1976 Aston Martin Lagonda will never be regarded as one of motoring history’s all-time greats, famed for its unreliability and problematic electrics.  But it was the first to have a digital dashboard – Lagonda’s very own visualisation of the future that was seen back then as an utter disaster, but in hindsight was more visionary than anyone gave it credit for. Most new cars today – even basic ones – have backlit dashboards with digital readouts. Easier to make, forever configurable and with less moving parts, the digital dash is the future.

Despite being on the brink of extinction for the past 20 years, their presence kept alive by a need for car manufacturers to offer basic cars, the days of the plastic wheel trim may soon be over.  With increasingly stringent emissions regulations in both the UK and the EU it looks like alloy wheels – already in the majority – will become the industry norm thanks to their weight-saving credentials when compared to steel wheels, rather than any notion of sportiness.

What do you miss most from cars? Let us know on our facebook page!

10 car things that are disappearing fast
.