Women in Automotive: Louise Baker is the Womanic Mechanic 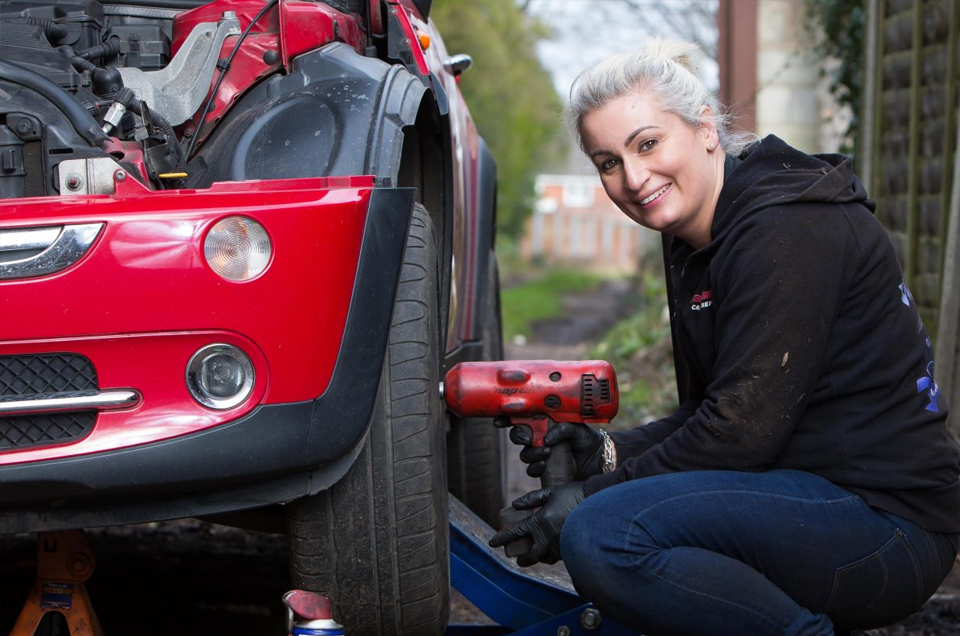 Automotive entrepreneur Louise Baker is the first to admit that she doesn’t come from a posh, wealthy, privileged background. No college or university degree certificates hang on the wall of her small but busy workshop. The budget for her start-up car service/repair/MOT business was £500 – because that’s all she had to her name at the time.

Not that she’s complaining about any of this…or anything else in her astonishingly busy life. The qualified mechanic founder, owner and operator of Womanic Ltd works (and thinks) long and hard. It’s beyond me how she finds enough hours in the day and night to single-handedly run her business while at the same time training up the rookie mechanic she’s just employed. Then, as a loyal and dedicated mum, there’s her young daughter to look after. Additionally, Louise’s speeches, lectures and mentoring sessions continue to be delivered to youngsters in schools and elsewhere. And her Sundays are often set aside for the car maintenance courses she offers women.

Oh, almost forgot – she’s even applied to appear on Dragons’ Den, and seems quietly confident that her straight-talking/from the heart/let’s get s*** done approach to life and career will hugely appeal to one or more of the multi-millionaire investors. And for what it’s worth, I reckon the lady, her work ethic and her ideas are highly investable. When she states that before establishing Womanic Ltd she worked the equivalent of eight days a week she isn’t exaggerating. That’s because she had a full-time day job and did night shifts, too. The catchy Womanic name she thought up herself – in her sleep, because there was so little time to spare during waking hours, she half-jokes.
Louise Baker has about the same number of male customers as female clients. Her recently appointed 19-year old apprentice is called Kyle, not Kylie. Lou isn’t that interested in men vs. women ‘debates’ and says it’s more about sharing – that’s her being willing to share her knowledge with her male (and female) customers and colleagues and them returning the compliment whenever possible. Knowledge is power, she repeatedly says. Grab it while you can, from wherever you can – woman, man, girl, boy, it matters not.

Justifiably, with decades of busy working years still ahead of her, she’s proud of what she’s achieved so far and encourages other women to follow her productive example – regardless of whether they want to become mechanics, engineers, designers, car company or dealership board members, whatever.

And the blunt advice of the Womanic boss to women of all ages thinking of entering the car business that she personally loves.

“Go for it. Why not? Keep saying, believing and proving to yourself that nobody’s better than you,” she says with absolute conviction, confidence and clout. Honestly, she’s one of the most impressive motivational speakers I’ve heard anywhere in the world. And I’m not even part of her mainstream audience!

Speaking of going for it, exactly what does Louise Baker intend to pitch to those potential investors she soon hopes to be face to face with in the Dragons’ Den?

“It’s very simple – the time has come  for me to franchise Womanics Ltd – give others the opportunity to run a service, repair and MOT workshop similar to the one I’m currently running.”

Women in Automotive: Louise Baker is the Womanic Mechanic
.