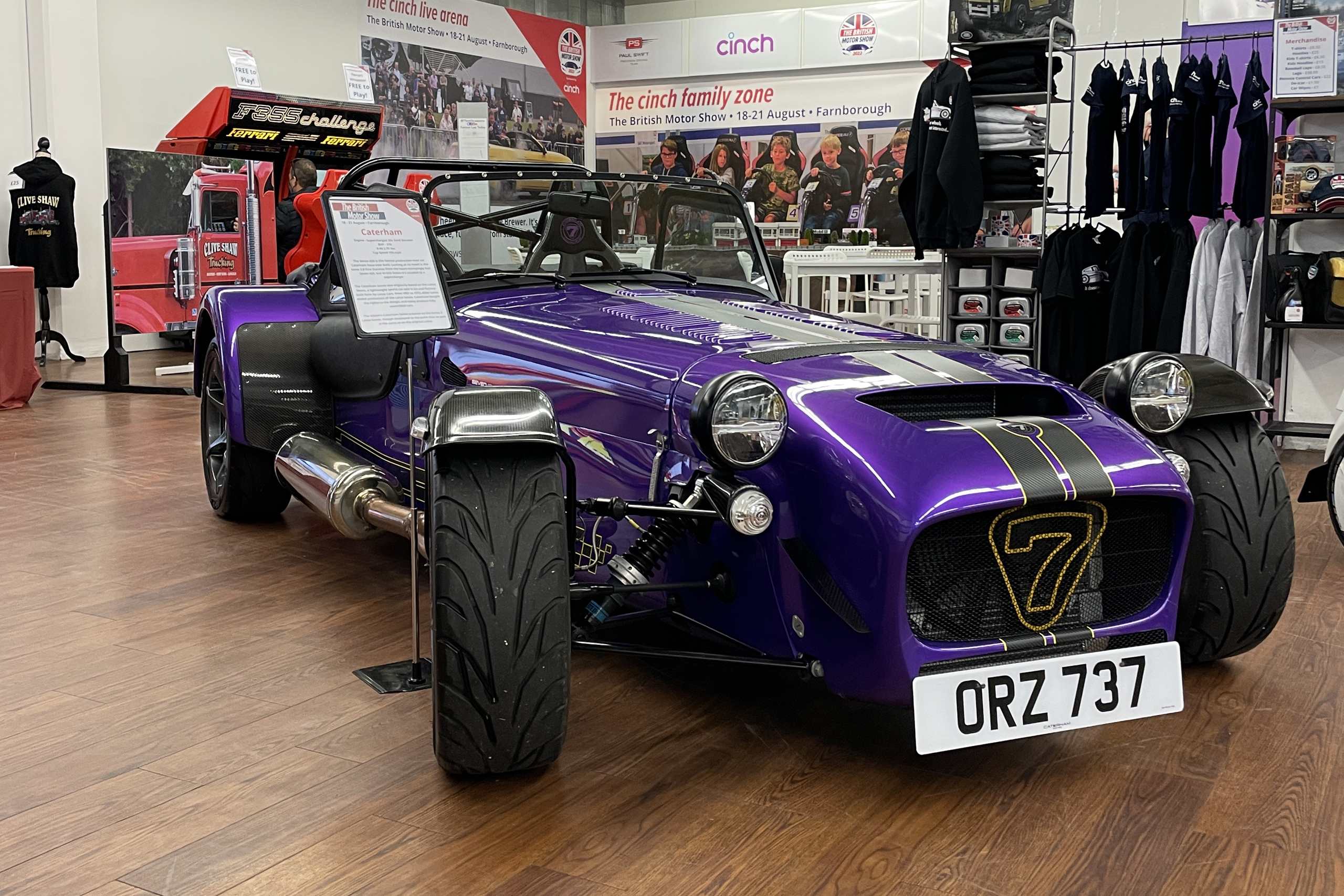 The PopUp Motor Show, sponsored by cinch, is now open at Gunwharf Quay until the 24th December, with a variety of vehicles on display including the new Fiat 500e, Caterhams latest 620R, MOKE and a restored Xr2.

When we have a few hours on our hands before the next British Motor Show, we like to have fun, we’re not a team to sit around ! So, we opened the doors to our second PopUp Motor Show yesterday in Gunwharf Quays, Portsmouth.

Our PopUp Motor Show, sponsored by cinch, will be open until the 24th December and features an great mix of cars and exhibitors, all designed to give you a taste of what to expect at the main show next August, and offer a brief break from the festive shopping!!

Vehicles on show include electric cars, sports cars and classic cars. If you fancy coming down to say hello to the team, you’ll be able to see a variety of cars and exhibitors including the latest Fiat 500e, Caterham’s potent 620s, the Kia Picanto and wacky MOKE.  But it’s not just new cars we’ve managed to borrow to put on display, with a stunning Xr2, an amazing modified Mini, an electric 2CV and a fantastic original 1963 Mini AA patrol van lovingly restored by patrols Nick Kirman and Steve Neath all taking centre stage.

It’s free to visit the show, which we’ve built in a 5000 square foot retail unit, and the whole team will be on hand to offer help and advice, have a chat or even offer a personal tour of the exhibits.

There is even the chance to win a car in time for Christmas. There is a Citroen C3 on show, courtesy of cinch, which we’ll be giving away at the event. One lucky winner will have this car delivered to their door before Christmas, all you have to do is scan the QR code and give us your details, thats it!

The event will be open from 10am – 6pm every day until Christmas Eve, come on down and see us and make the festive shopping a little more fun this year !

We’ll be doing three more PopUp shows in 2022, further venues will be announced in shortly.