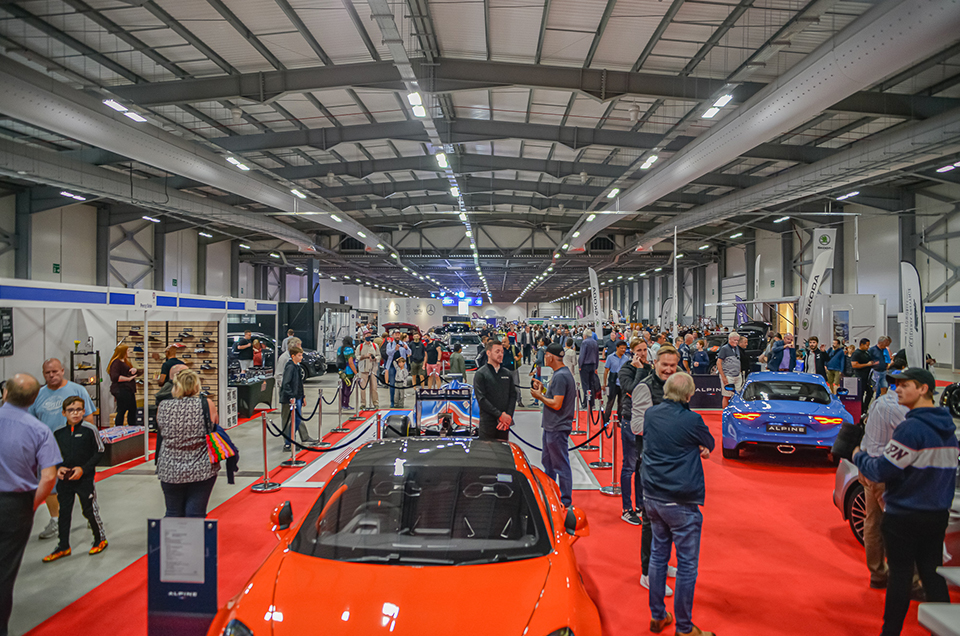 We look back at this weekend after thousands of families, car fans and automotive industry professionals flocked to Farnborough International as the first-ever running of The British Motor Show which has been ‘staggering success’.

The busiest day of the event, Saturday August 21, saw over 17,000 ticket sales and put Britain firmly back on the international motor show map.

The British Motor Show CEO Andy Entwistle said: “We were absolutely blown away by the show’s staggering success – the halls were packed and every single guest and exhibitor I spoke to told me that it completely and totally exceeded their expectations, which is exactly what we wanted to achieve.

“The numbers through the doors, which included more than the 45,000 ticket sales thanks to trade partners, media and exhibitors, were absolutely incredible. I knew the show was going to be popular, but it was even better than we could have hoped for and it makes me really proud of the team behind the show that we could prove to the world that there’s still a huge appetite for a large scale motor show in the UK.

“To see every face leaving the event with a beaming smile has made all the challenges worthwhile and we already have confirmed a number of manufacturers and exhibitors for next year.”

Run alongside a major partnership with cinch, The UK’s fastest-growing online used car marketplace, the show has confirmed that it will continue for the next five years, returning to the same venue in August 2022.

cinch’s Commercial Director, Haydn Dibble, added: “I’m absolutely amazed by the show’s success and popularity, and how well-organised and popular it was with both visitors and exhibitors. It has been an amazing few days and has totally surpassed our expectations.”

The show featured an amazing mix of new, used and classic cars, supercars, driving displays and marketplace sellers, with the halls and outdoor areas of the show packed throughout.

But unlike traditional motor shows, it was the event’s multiple interactive and live elements that really set it apart, with visitors praising its size, value, layout and content.

The Select Electric Motor Show packed full of the latest EVs (backed by Select Car Leasing) was another major draw, with thousands of visitors passing through the packed halls to check out the latest in EV cars and tech.

Coupled to a Live Stage and a Live Arena featuring the Paul Swift Stunt Show, the British Army Lightning Bolts parachute display team, Car Football, supercar and motorsport displays, many guests returned for a second day to make sure they got to see everything that was happening.

No other Motor Show has ever delivered such a variety of content, celebrity guests and live-action, nor has it had such a focus on supporting our incredible automotive industry, which contributes £18.6 billion to the British economy at a time when it needs it most. The British Motor Show is delighted to confirm it’ll be returning to Farnborough on August 18-21, 2022.

Tickets for 2022 will open soon. Sign up for our newsletter so you don’t miss out!