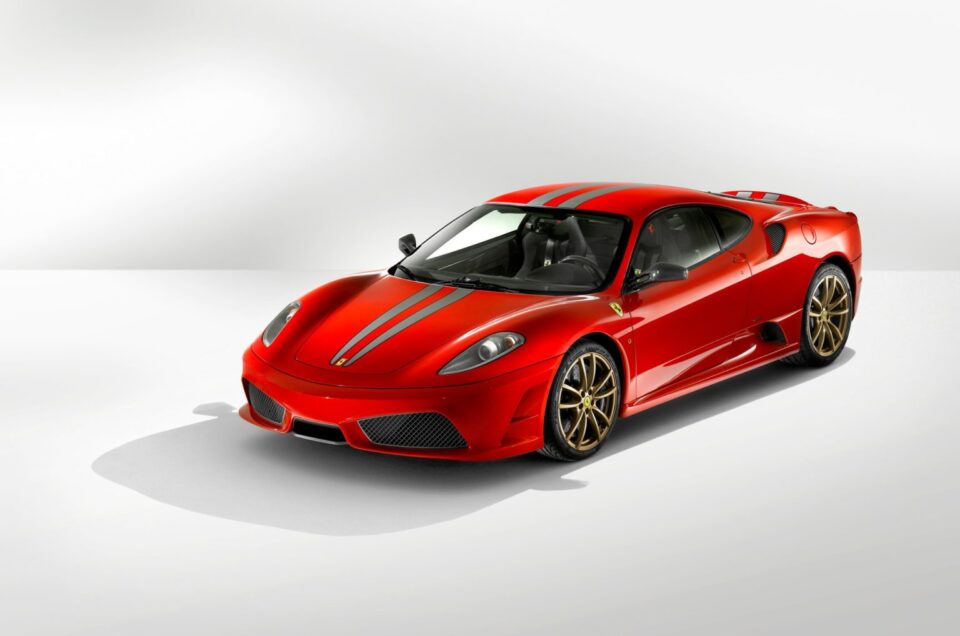 The new millennium saw one final push for supercar perfection with the internal combustion engine, before the shift of focus to new tech and emissions-friendly speed.

We welcome Four Marks Supercar Club as our primary supercar club partner to The British Motor Show family and in honour of them, we have taken a look at the highlights that made the beginning of the 21st century sweet for motoring enthusiasts.

When Audi took ownership of Lamborghini, some were a little concerned. Would the Germans be able to produce a car that still felt like a raging bull? The Murcielago proved that it could. Yes, it was a little more sober than some of the brand’s previous attempts, but that just meant that the key hallmarks of a Lamborghini could shine through without any of the previous drawbacks.

When it comes to naming your new project, you have to have some faith in its abilities to suggest naming it after your company’s founder. With superb handling fettled by one Michael Schumacher, plenty of tech derived from the Formula One car he drove on Sundays and a 6.0-litre V12 howl that his racer could only aspire to, it’s safe to say that the Enzo was very special indeed.

There are few things more dramatic than the Carrera GT’s wail, but we were lucky to ever hear it. The V10 was built for F1 use but never saw the light of day and then got a second chance of life with a larger 5.7-litre in 1999. This time, its intended use was a Le Mans car, but that dream also faced the axe, making way for the Cayenne. Thankfully, Porsche debuted the GT concept soon after, and it was so well received that a production run had to happen.

Ford’s previous attempts at paying tribute to the legendary GT40 were a little suspect, which led many to cast a doubtful eye over the early-2000s GT concept. Certainly, it looked like a GT40, but would it go like one? The answer was no, but only because it was a competent supercar in its own right. It was unique among its European counterparts, feeling more thunderous and raw than them all.

An all-time great that changed the hypercar game. Arguably, when it comes to a mix of pace and poise, no other manufacturers have caught up with Bugatti. Rather than an all-out racer, the 16-cylinder, quad-turbocharged, 986bhp Veyron is the ultimate grand tourer. We’re unlikely to see engineering excess of this level ever again, so bravo Bugatti (and its German parents) for doing it in the first place.

Of all the small manufacturers that produce cars to rival Bugatti’s output, Koenigsegg is one of the most impressive. After the warning shot that was the CC8S, the more refined CCX was a showcase of the Swedish brand’s capabilities, complete with the first engine built by the marque. What an engine it was, too – the 4.7-litre, twin-supercharged V8 produced 806bhp and propelled the car to 245mph.

The first version of the R8 came with a 4.2-litre V8 from the RS6, but by the end of the 2000s the four-ringed engineers had spoken to their friends at Lamborghini and secured the use of the V10 from the Gallardo. The combination of that engine, the grip of the quattro all-wheel-drive system and more of a practical streak than most of its peers meant the R8 felt like something of a successor to Honda’s NSX as a viable everyday supercar.

As you can see, the idea of a lightweight sports or supercar isn’t unique to Porsche, but many will argue that the German firm does it best. It’s a tough car to explain to people, and if you do try, you’re unlikely to draw the trendiest crowd. However, even if it doesn’t have the eye-catching glamour of so many other cars on this list, you’d be hard-pressed to beat it with any of the others on a twisty road.

A new trend in the 2000s was the lightweight supercar, with creature comforts swapped out for a hefty dose of track-driving focus. When it comes to this breed of supercar, few do it better than the 430 Scuderia. On a track, it was more than capable of troubling its bigger brother – the Enzo – and in general there were very few that could match it with the right driver at the wheel.

The car the DBS is based on – the DB9 – is definitely a grand tourer. However, with 510bhp on tap, a fairly significant diet and a menacing look aided by lowered suspension and a smorgasbord of louvres, you can back the DBS as a supercar. All the performance posing isn’t just for show. The DBS is much more spritely around corners than its cousin, and it will accelerate to a top speed of 191mph.