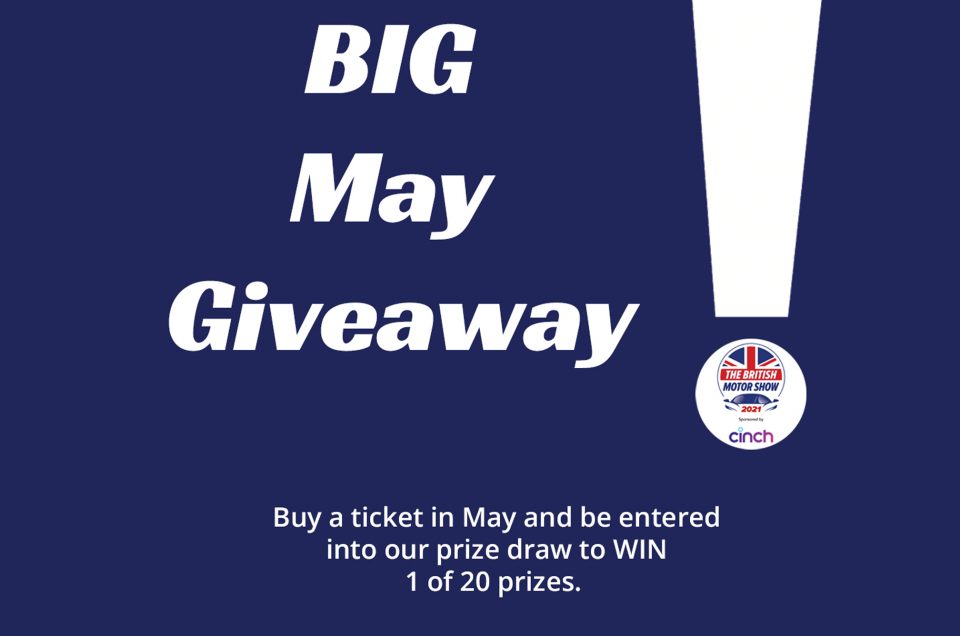 * To enter the prize draw participants must purchase a British Motor Show Ticket.  Any ticket type purchased will be valid.  Entries received after this time will not be included in the prize draw.

* All tickets purchased will be entered in the prize draw. Only one entry per person. No entries on behalf of third parties will be accepted.

* The British Motor Show Marketing Teams will pick 20 (twenty) winners on 1st June 2021. The prize will be drawn at random.

* The British Motor Show will notify the winners via email by 17:00 3rd June 2021.  Once contacted, winners will have until 24 hours to claim the prize. Any unclaimed prizes will be reallocated to new winners, and this will continue until the prize has been claimed.

* The prize is to win one of the following prizes:

* This contest or giveaway is not sponsored, endorsed or administered by, or associated with Facebook or Instagram