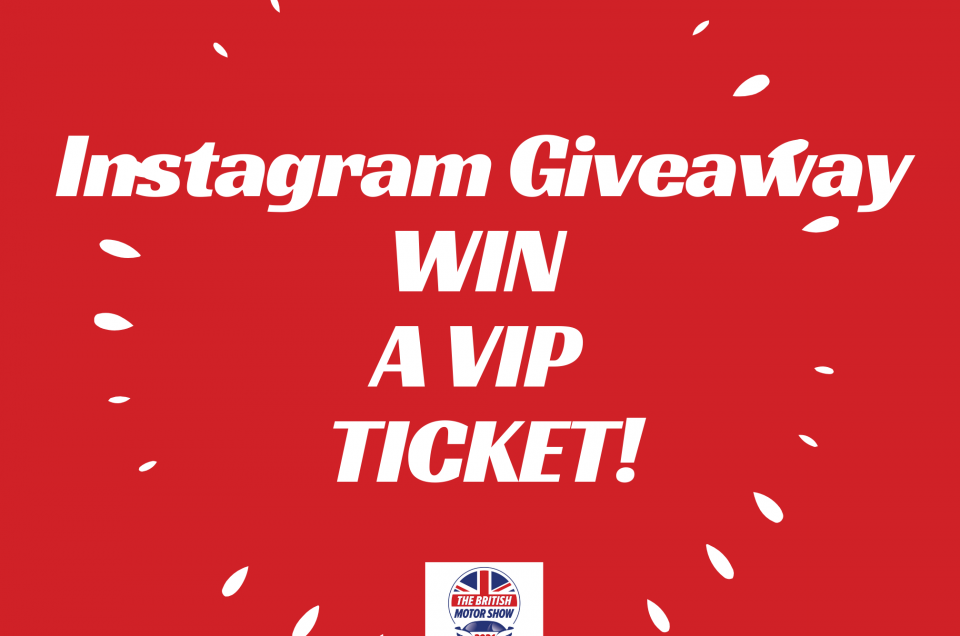 * The British Motor Show will notify the winners via Direct Message on Instagram by 17:00 21st December 2020.  Once contacted, winners will have until 24 hours to claim the prize. Any unclaimed prizes will be reallocated to new winners, and this will continue until the prize has been claimed.

You can choose the day you want to attend (this will need to be confirm with us prior to the show) and your VIP experience includes;