How has car safety changed over the years? 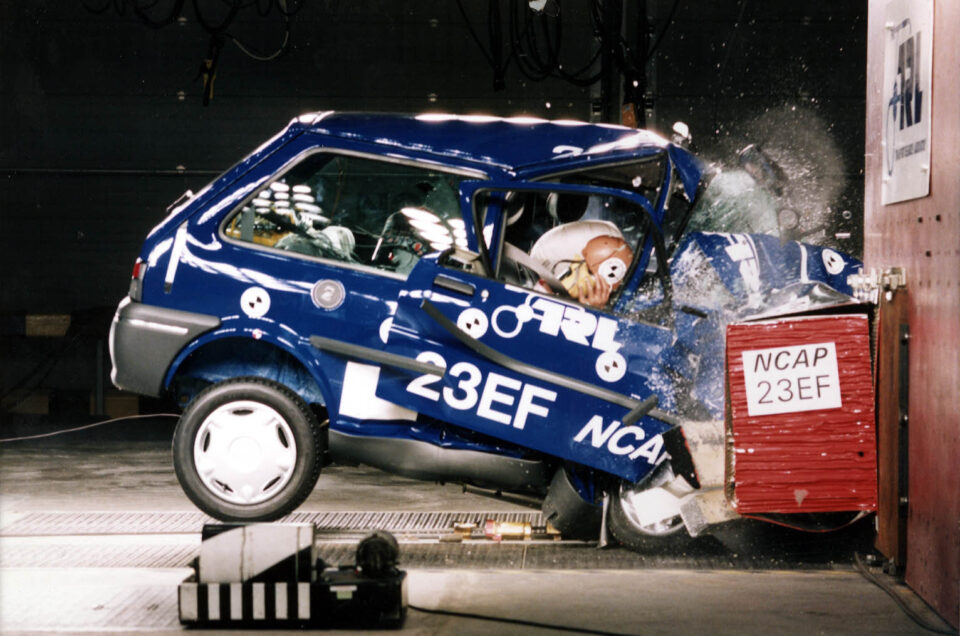 Car safety has come on in leaps and bounds in recent years. No longer is having a ‘big’ car the sole way of adding protection, while in-car technology has filled in the gaps between driver and machine.

Let’s take a look at how things have changed and the direction car safety is going.

It’ll come as no surprise that the early years of motoring weren’t the most safety-conscious. Wiper blades were first introduced in 1903, while it wasn’t until 1914 that indicators – or turn signals – were brought in.

When it came to crash testing, that took until 1934 for General Motors to undertake the first test while the first crash test dummy – called Sierra Sam – was put to work in the early 1950s. Then, in 1951, the airbag was invented, making for a huge leap ahead in terms of overall safety.

In fact, it was the 1950s which saw the introduction of seatbelts. The decade saw airbags developed too and Volvo was the firm to bring in the three-point seatbelt – introduced in 1959 – which set the tone for technology for years to come.

In fact, its overall design has largely remained unchanged as it’s so effective. However, it wasn’t until 1963 that inertial reel seatbelts were brought in.

Safety technology took a huge leap forward in the 70s and 80s. Systems such as anti-lock brakes (first introduced on the S Class in 1978) and a supplemental restraint system are brought in, bolstering the amount of safety tech on new cars.

In 1983, the wearing of front seatbelts became compulsory in the UK, followed in 1987 that the fitting of rear seatbelts is compulsory too.

The 1990s were dominated by several safety innovations which helped to make cars even safer. Volvo, for instance, was the first to produce a side-impact safety system in 1991, while Mercedes brought in electronic stability control in 1995.

In 1997, Euro NCAP was established, helping to improve European car safety through crash tests and ratings. In 2001, the Renault Laguna became the first car to achieve a five-star rating.

We also move into the age of autonomous assistance. Volvo – again, pioneering new safety technology – was the first to develop autonomous emergency braking while more recently the Swedish firm has introduced a 112mph speed limit for all of its new cars.

Car manufacturers aren’t resting on their laurels, either. Of course, autonomous technology is a hot topic at the moment, and though these systems are being tested it’s still some way from being fully implemented.

That said, autonomous assistance is now becoming available on many new cars, while drive monitoring tech can assess a driver to see if they’re concentrating enough.

How has car safety changed over the years?
.