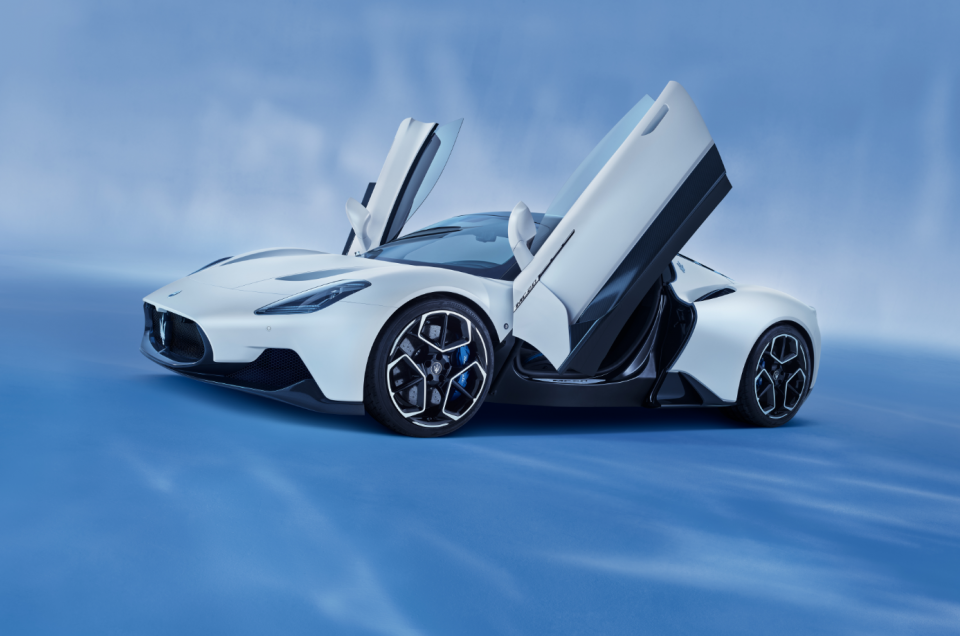 Maserati have revealed official images of the all new MC20 supercar, a new super sports that combines performance and luxury in the unique Maserati style.

The new MC20 (MC for Maserati Corse and 20 for 2020, the year of its world première and the start of the Brand’s new Era) is the Maserati we have been waiting for. With the new Nettuno engine, a 630 horsepower V6 with 730Nm of torque that delivers 0-60 in under 2,9 seconds and a top speed over 200 miles per hour! An engine that signals Maserati’s return to producing its own power units after a hiatus of more than 20 years.

The MC20 is lightweight at 1,500 kg, and thanks to its power output of 630 hp it offers best in class in weight/power ratio, at just 2.33 kg/hp. This record is achieved through exploiting all the potentials of carbon fibre without any sacrifices with regard to comfort.

Nettuno, the first engine in this new chapter of the Trident’s history, is the MC20’s twin turbo V6, a technologic gem already awarded an international patent, which puts the MTC (Maserati Twin Combustion) technology, the ground-breaking combustion system developed in-house, onto the roads.

The MC20 was designed in Modena and will be built at the Viale Ciro Menotti plant, where the Trident’s models have been built for more than 80 years. The new production line, created in the spaces where the GranTurismo and GranCabrio models were assembled until November 2019, is now ready for action in the historic plant. The site also features a new paintshop incorporating innovative, environment-friendly technologies. Nettuno will also be built in Modena, at the newly established Maserati Engine Lab.

The MC20 design was produced in about 24 months. The Virtual Vehicle Dynamics Development system, which includes the use of one of the world’s most advanced dynamic simulators, was developed in-house by the Maserati Innovation Lab and is based on a mathematical model called Virtual Car. This method allowed performance of 97% of dynamic tests, optimising development times. The car was then fine-tuned in the best Maserati tradition with exhaustive track and road test-driving sessions in the most widely varying conditions of use.

The aerodynamics were designed through over two thousand man-hours in the Dallara Wind Tunnel and more than a thousand CFD (Computational Fluid Dynamics) simulations. The resulting car has a sleek line, with no mobile appendages but just a discreet rear spoiler that improves downforce without detracting from the MC20’s beauty. The CX is more under 0,38.

The MC20 was also designed to offer coupé and convertible versions and for full electric power options.

Two 10 inch screens: one for the cockpit and the other for the Maserati Multimedia System take centre stage in the cabin. Simplicity is also the keynote of the carbon fibre-clad central console, with just a few features: the wireless smartphone charger, the driving mode selector, two speed selection buttons, the power window controls, the Multimedia System controls, and a storage compartment underneath the armrest. All the other controls are on the steering wheel, with the ignition button on the left and the launch control on the right.

The production launch is scheduled for the end the current year with orders to be accepted from the 9th September after the world Première.