Most powerful Mustang ever revealed. But the 1400bhp Ford prototype might surprise you 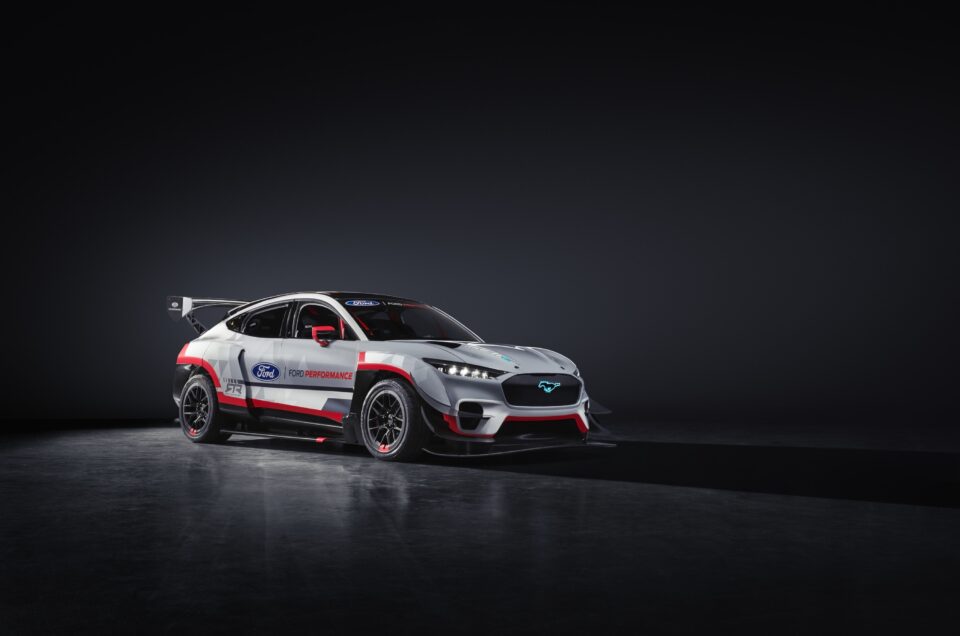 Ford has revealed the most powerful Mustang prototype ever, but this is no turbocharged V8 monster, instead the Mustang Mach-E is a one-off prototype that’s designed to show off the performance potential of electric powertrains. Based on the body of the standard road-going car, the prototype uses seven electric motors to produce 1,400bhp and has been designed to work on the track, drag strip or gymkhana circuit. It has been a collaboration between Ford Performance and tuning firm RTR, and has multiple setups that can completely change the model’s fundamentals depending on how it’s being used, including switching between front-, rear- and all-wheel drive, or swapping the whole front end structure. The battery is a 56.8kWh unit made up of nickel manganese cobalt pouch cells that can discharge rapidly for improved performance. It also gets Brembo brakes like the Mustang GT4 race car, a hydraulic handbrake, and improved aerodynamics. Ron Heiser, chief programme engineer for Mustang Mach-E, said: “Now is the perfect time to leverage electric technology, learn from it, and apply it to our portfolio. “Mustang Mach-E is going to be fun to drive, just like every other Mustang before it, but Mustang Mach-E 1400 is completely insane, thanks to the efforts of Ford Performance and RTR.” Vaughn Gittin Jr., RTR Vehicles founder and professional racer, said: “Getting behind the wheel of this car has completely changed my perspective on what power and torque can be. “This experience is like nothing you’ve ever imagined, except for maybe a magnetic roller coaster.”

Most powerful Mustang ever revealed. But the 1400bhp Ford prototype might surprise you
.