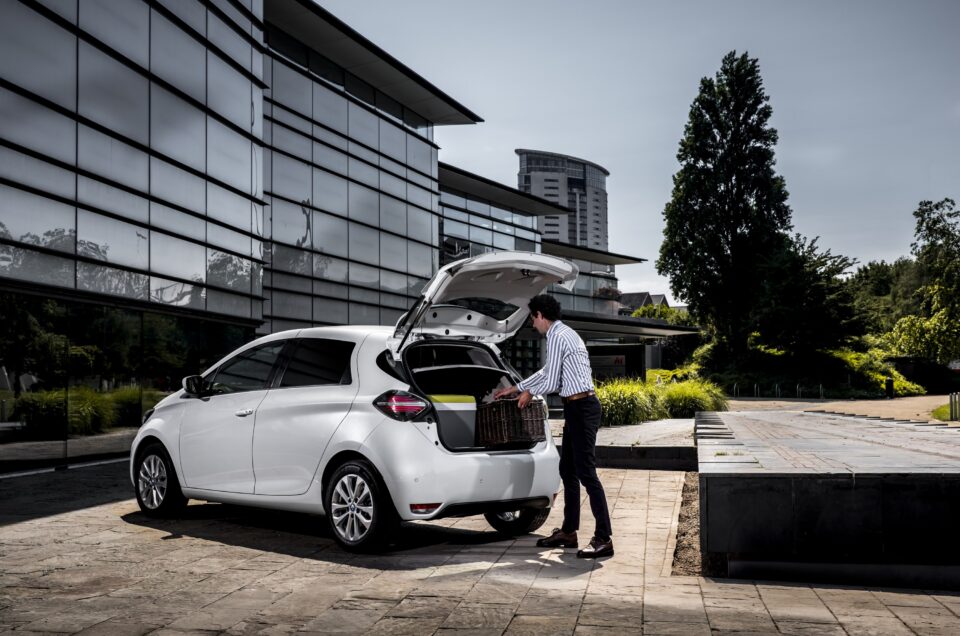 Compact EV has been adapted to suit commercial needs.

Renault has delivered a new zero-emissions commercial solution by transforming its Zoe into a compact van.

Set to join the firm’s range of commercial vehicles later in the year, the Renault Zoe Van features a range of modifications over the regular road-going Zoe to help it accomplish a variety of tasks.

The rear windows, for instance, have been made opaque while the rear seats have been removed to provide a flat loading area. It’s capable of holding one cubic metre of items, while the load bay is 1,205mm long. Its maximum payload is rated up to 387kg, while the maximum load width is 1,110mm.

However, one thing which has been kept the same as the road car is the powertrain. The Zoe Van uses the same 52kWh battery pack and electric motor as the regular car, meaning that the electric van should be able to return up to 245 miles per charge, allowing for a 50 per cent payload and a 75kg driver.

The Zoe Van’s performance figures show how well-suited it is to urban environments, with the 0-31mph sprint taking just 3.9 seconds.

Two trim levels will be available from launch – Business and Business+. Both receive a 10-inch instrument cluster and seven-inch central infotainment display with Apple CarPlay and Android Auto smartphone connectivity.

Business+ bolsters the level of equipment included, adding features such as satellite navigation, parking sensors and a reversing camera, among other kit.