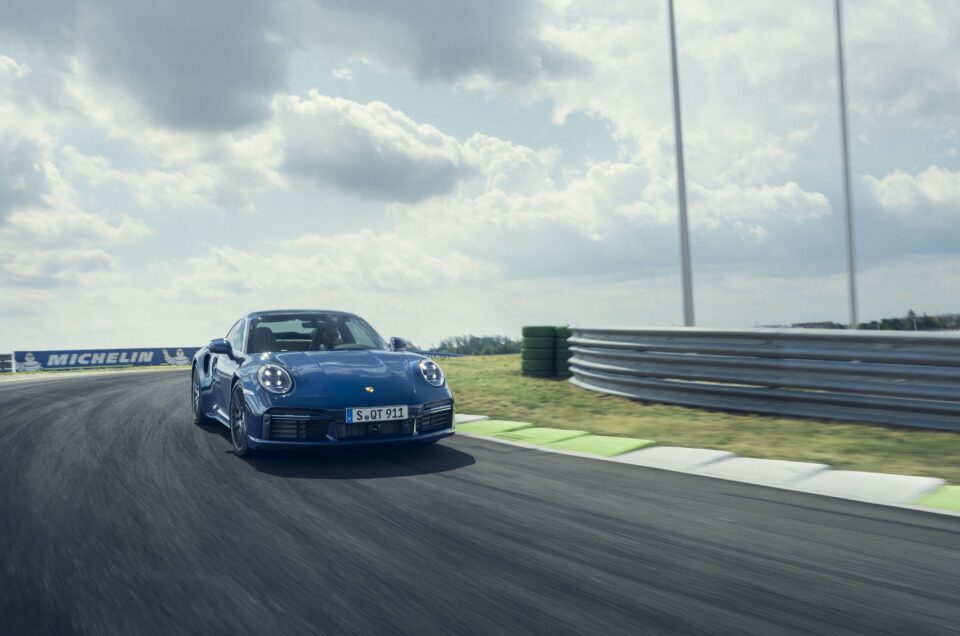 Porsche has unveiled its new 911 Turbo following on from the introduction of the range-topping Turbo S model earlier in the year.

The new car packs a twin-turbocharged 3.7-litre flat-six engine with 527bhp, allowing it to slot in between the less powerful Carrera 4S and the tip-top, 641bhp Turbo S. Power is sent to all four wheels through an eight-speed PDK automatic gearbox, while Porsche’s active four-wheel-drive system is capable of shuffling the power around the wheels in order to provide the best traction.

Capable of going from 0-60mph in under three seconds and travelling onwards to a top speed of 199mph, the Turbo is 39bhp more powerful than the car it replaces. Porsche also claims that it’ll return between 22.6-23.5mpg while emitting between 271 and 285g/km CO2.

The Turbo follows its more powerful Turbo S stablemate in the styling department with the use of large air intakes in the rear arches and a large rear spoiler. However, the less powerful car features four square exhaust exits, rather than the twin tailpipes on the Turbo S. The front track is 42mm wider than the older Turbo, while the rear track is 10mm wider too.

The interior mirrors that found on other 992-generation 911 models, with a 10.9-inch infotainment system dominating the look of the cabin. Porsche’s Advanced Cockpit system has also been included, bringing a pair of displays into the main instrument binnacle ahead of the driver.