First Drive: The Plus Four brings Morgan into the modern age 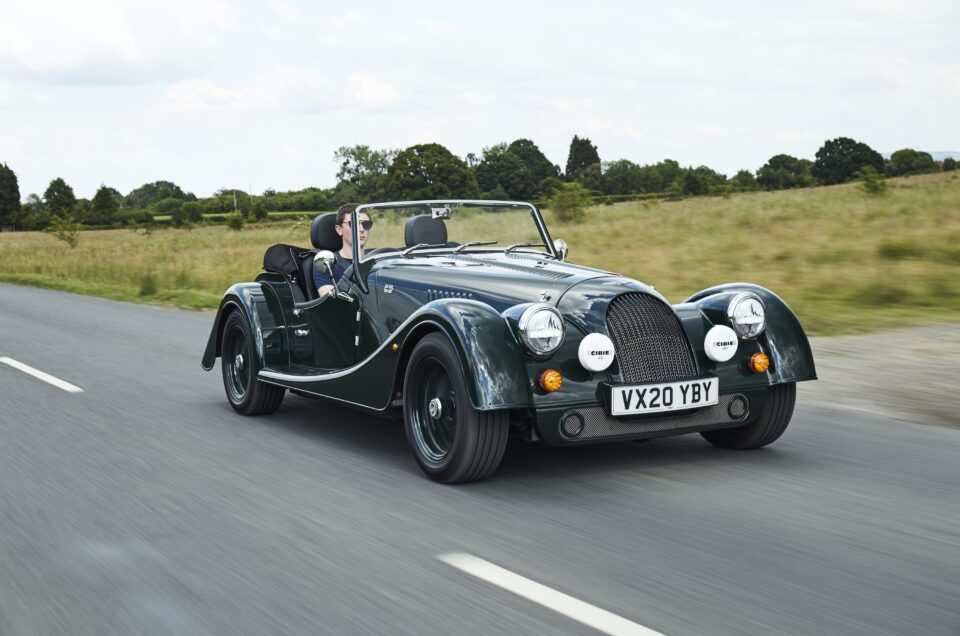 The Plus Four has gained a brand new platform, but have things moved on from its predecessor?

This is the Morgan Plus Four and, make no mistake, it’s an altogether new thing. Sitting atop the firm’s latest aluminium architecture and powered by one of BMW’s sharpest engines, it’s a car which has been designed to follow on from the successful Plus Six.

The previous Plus 4 – note the numerical change in the naming structure – was one of Morgan’s best-sellers, so this latest one really needs to be rather good. We’ve been behind the wheel to see if things have gone to plan.

There’s a lot going on here. As we’ve already mentioned, the Plus Four sits on Morgan’s latest architecture – called CX – which has a bonded aluminium structure. Rather than the old steel-based chassis, this new setup allows the Morgan to be stiffer, stronger and lighter. In fact, this two-seater only weighs just over a tonne, yet still incorporates wood into its design.

Elsewhere, we’ve got a classic interior with some modern tweaks, but this really is about blending the old and the new.

The Plus Four makes use of a compact yet punchy 2.0-litre turbocharged petrol engine which comes courtesy of BMW. It’s got 225bhp and – impressively for a car of this size – 400Nm of torque. It means that this Morgan will crack 0-60mph in 4.6 seconds and carry on to a top speed of 149mph.

Power is sent to the rear wheels through a six-speed manual gearbox – an automatic is available but we’d keep with the stick – and you’ll not find a suite of driver aids and assistance systems coming into play here. An added bonus of this new powertrain is efficiency; Morgan claims up to 40mpg and CO2 emissions of just 159g/km. It gives the Plus Four far greener credentials than you might expect.

Drop into the Morgan’s padded yet supportive seat and you’re initially met with a slightly higher driving position than you may expect from a car of this type. It gives you a good view ahead, with the long, louvred bonnet stretching right out in front of you. It’s one of the best windscreen sightlines in the business, we’re sure.

Thumb the new starter button and the engine kicks into life with a pleasantly old-school grumble (our car had an optional sports exhaust fitted) and at slow speeds, the car chatters away merrily.

Pick up a bit of speed – something the Plus Four does remarkably well – and the whole car bristles. It’s not a car which likes to be overly rushed; this gearbox needs to be given time and you need to get the whole car settled before whisking it through a corner. But show it some large, flowing bends and it’s at its whooshing, all-encompassing best. Compared with the old 4, the new car presents a vast and striking improvement – it simply rides, turns and handles like a completely new car.

Well, it looks like a Morgan, doesn’t it? In terms of styling it’s like nothing else on the road today, and wherever the Plus Four goes people stop to stare and look. There’s no animosity towards this car, however. On occasion, there can be a certain amount of distaste levelled at gaudy supercars or loud, barking sports cars, but there’s none of that here. A Morgan is a British, cherished car and one which people genuinely seem pleased to see.

The long, sculpted arches have been passed down through Morgan’s various generations, while the wire wheels on our car were brought smartly up to date with colour-coded green paint to match the body work.

The cabin of the Morgan is an illustrious mix of high-end materials and old-school ergonomics. There’s more room inside the Plus Four than you may expect, with enough space to stretch out. It feels far less constrictive to sit in than, say, a Caterham Seven, which does open the Morgan up to slightly longer journeys. The sports seats are nicely padded and feature a lumbar support control which uses a small rubber bulb under the chair to either pump air into the seat or let it out. It’s a rudimentary way of doing things, but it works.

The steering wheel sits up close to your chest, and though the wheel itself may be a slight detachment from the wheels fitted to Morgan cars of old, it’s nice enough to hold. When it comes to luggage space, there’s a small area behind the seats which can be packed with softer bags, but that really is about it.

There’s no dual-screen infotainment setup or wireless smartphone connectivity to speak of here. The Plus Four isn’t bristling with the latest tech, though Morgan has fitted a new, compact, screen ahead of the steering wheel to display the heating and ventilation settings, as well as key information such as speed. It’s a small update – first seen on the Plus Six – but a welcome one.

At £62,995 the Plus Four certainly isn’t cheap, and after a few choice options such as the aforementioned wheels and air conditioning, our test car came in at close to £75,000.

Given the number of accomplished rivals which accompany the Plus Four at this price point, it could be said that this Morgan has an even more difficult job on its hands than ever before. However, the real draw to the Plus Four is the sheer sense of occasion, and that’s something which others struggle to nail down.

For many, the Plus Four won’t make sense. But we’d argue for plenty of people only a Morgan will scratch the itch. And given this latest car’s performance, looks and improved everyday driving manners, we’d argue that it’s an itch well worth scratching.

First Drive: The Plus Four brings Morgan into the modern age
.