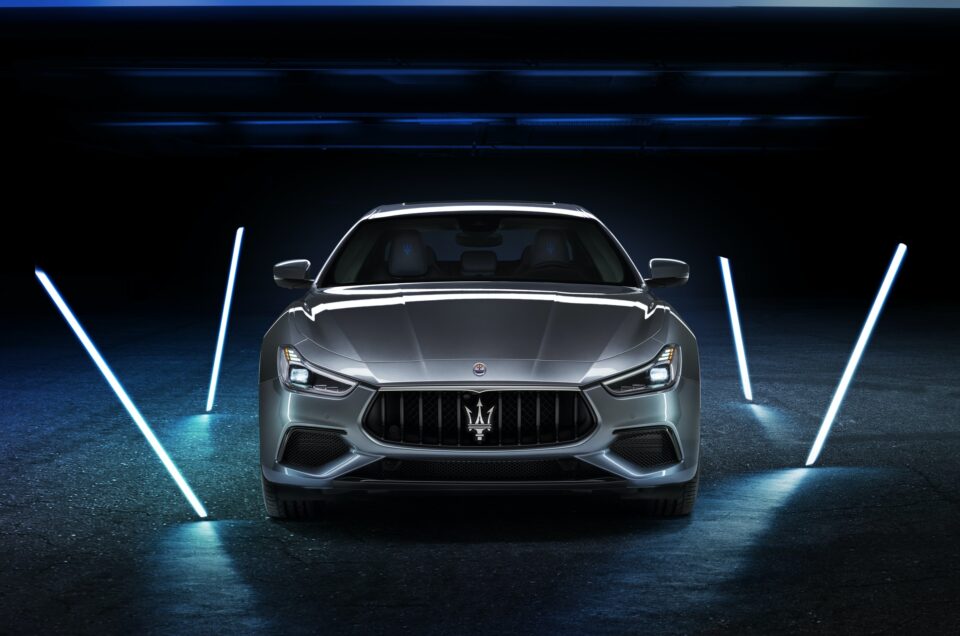 Maserati has kicked off its electrification plans with the new Ghibli Hybrid.

The exterior has been tweaked to showcase the car’s greener credentials, with blue details and a grey colour which is unique to the electrified model. Two trims will be available from launch – sporty GranSport and high-end Gran Lusso.

Maserati claims that the new powertrain will match its predecessor’s performance, but with a significant reduction in emissions. As such, the Italian firm claims CO2 emissions as low as 192g/km and economy figures from 33.2mpg. Despite this, the Ghibli still pushes out 325bhp and should be able to cover the 0-60mph sprint in 5.5 seconds. Its top speed stands at a claimed 158mph.

Power is sent to the rear wheels through an eight-speed ZF automatic gearbox.

The electrification part of the process sees a 48-volt system integrated into the car’s powertrain, with a belt-driven starter/generator fitted to help recover the energy usually lost during braking and deceleration. It then sends this energy to a battery located in the boot.

This energy can then be used to fill in gaps in torque prior to the turbocharger spooling, resulting in sharper and more effective acceleration.

The new Ghibli Hybrid is available to order now with prices starting from £58,220, while first deliveries are expected in the late autumn.