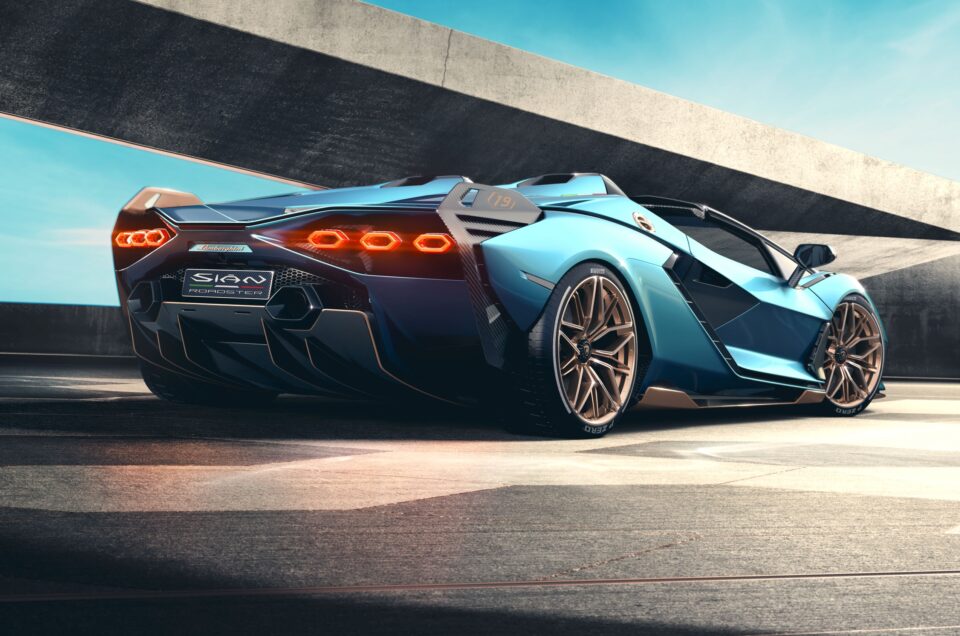 Just 19 examples will be made and they’ve already been sold.

Lamborghini has revealed an incredibly limited run of Sián Roadster models, with all 19 having already been sold.

The drop-top version of the Italian firm’s latest hypercar packs an 808bhp V12 powertrain that uses a 48-volt electric motor in the gearbox. It supplies 34bhp to improve the immediacy of the engine’s response under acceleration, but can also run the car during low-speed manoeuvres.

To power the motor, the Sián has a supercapacitor, which Lamborghini says is three times more powerful and three times lighter than a traditional lithium-ion battery. It uses regenerative braking to replenish the supercapacitor, while the motor is used to fill the gaps between gear changes so the driver feels no pause in acceleration.

The Sián Roadster accelerates from 0-60mph in about 2.7 seconds and has a top speed above 217mph.

The Sián’s wild styling indicates the future designs of the brand’s cars, which have always stood out for their ostentatious aesthetics. It features the iconic Lamborghini Y-shaped headlights as well as sharp, angular body lines through to the rear – and debuts in a new colour called ‘Blu Uranus’.

Many of these bold styling choices have practical implications, such as the vents that direct air through the front bonnet and side air intakes and over the rear spoiler.

“It is the expression of breathtaking design and extraordinary performance, but most importantly embodies important future technologies. The Sián’s innovative hybrid powertrain heralds the direction for Lamborghini super sports cars, and the open-top Sián Roadster affirms a desire for the ultimate lifestyle Lamborghini as we move towards a tomorrow demanding new solutions.”