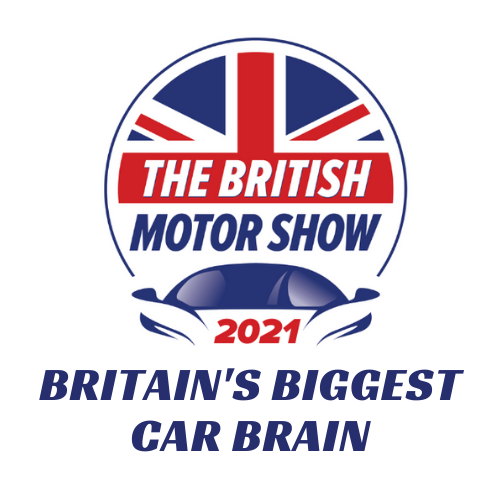 Do you have what it takes to be crowned Britain’s Biggest Car Brain?

Do you know your F40 from your F50? Can you identify a DeLorean by its rear tail lights alone? If the answers come easy, you could be in with a shout of being crowned Britain’s Biggest Car Brain 2021 at next years British Motor Show.

In a drive to deliver family and petrolhead entertainment, we have launched the hunt for Britains most knowledgeable car fan 2021.

The competition will see entrants whittled-down via a series of online quizzes hosted on our website, with 15 qualifying contestants invited to participate in the live semi Finals at the show, from the 19th– 22nd August 2021.

After a final round of heats at the show, one eventual finalists will be crowned Britain’s Biggest car Brain 2021 before going up against a team of established motoring celebrities and journalists.

To take part, wanna be car nerds should follow the link to our Entertainment page here and either follow our Facebook page or sign up to our newsletter to make sure you hear when each months quiz goes live.

A new quiz will run each month from July 2020 until the British Motor Show in August 2021.

The top 5 placed contestants each month will go through to the monthly live semi final, where Mike Rutherford will act as quizmaster in a live Zoom quiz, broadcast on the British Motor Show website and social media channels, so that others can play along at home.

The monthly winner will make it through to one of the live semi finals at the show, taking place on Thursday, Friday and Saturday. The semi final winner will then return to take place in the grand final on the Sunday, playing for the winners trophy and a chance to participate in the live celebrity quiz.

Contestants can participate as many times as they like to secure their place in the final, but if anyone misses out via the online quiz, a further “Live Qualifying” round will take place with guests from the crowd invited up to take part on the morning of Sunday the 22nd August.

The winner of the final will walk away with a fantastic trophy signed by all our celebrities, as well as an exclusive VIP prize.

The British Motor Show has been designed to be more interactive and entertainment-packed than ever and Britains Biggest Car Quiz is just one of the fun elements that we have planned.