What is the easiest in car info system to use? 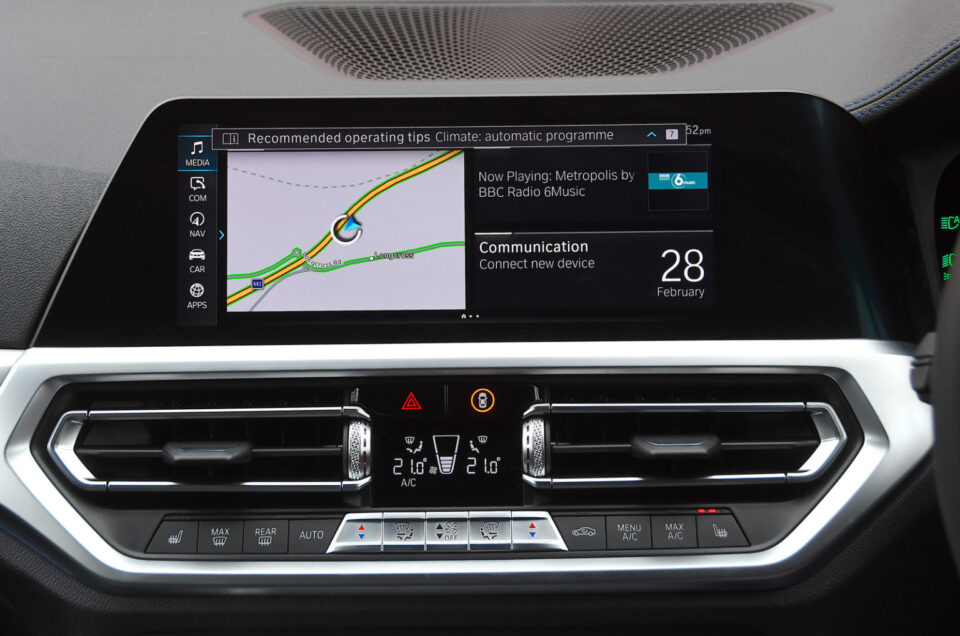 BMW ranks well, while MG’s system is considered the most distracting.

Testers WhatCar? came up with six tasks that drivers frequently do, such as changing the temperature, zooming out on the sat nav, and changing radio stations.

They then ranked 20 of the most popular infotainment systems on the market to see which were the easiest to use and least distracting.

BMW took top honours, followed by Mercedes-Benz and Porsche. At the other end of the scale, MG’s 8.0-inch touchscreen in the ZS SUV scored the worst, beating Fiat’s Uconnect Live and the Skoda Citigo, which uses a colour screen and mobile phone holder.

Researchers found that systems that include some physical buttons to navigate menus were much more intuitive and less distracting than those that solely relied on a touchscreen.

In some cases, it took twice as long to alter the climate control on touchscreen-only vehicles, and up to four times longer to zoom out on the sat nav compared with using a rotary dial.

Steve Huntingford, editor of What Car?, said: “Distracted drivers are a factor in a growing number of road accidents, so it’s important to choose a car with controls that are responsive and easy to use while you drive. The best systems provide physical buttons and voice control, while those that are most distracting have sluggish touchscreens and require too many steps to carry out commands.”

What is the easiest in car info system to use?
.