Engine simulator system developed for EV motorcycle, could cars be next? 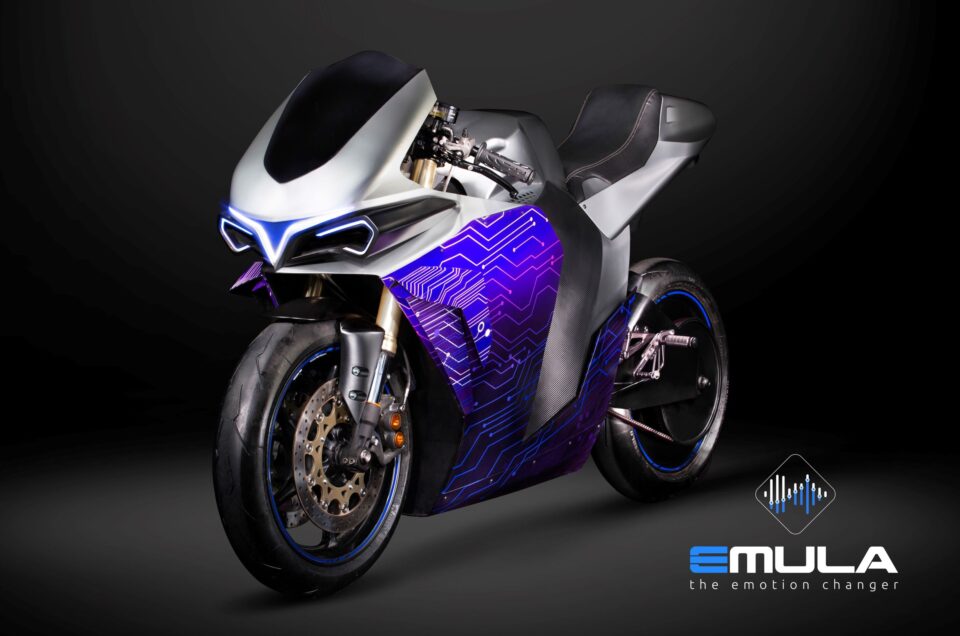 An Italian technology company has developed a new system that can accurately portray the characteristics of a petrol-powered motorcycle on an EV-powered bike.

The firm, called 2electron, has called the emulator – a piece of technology that can copy other bike characteristics – ‘McFly’. It’s capable of mirroring the kind of feeling a rider would get on a combustion-engined motorcycle – right down to the vibrations and gear ratios – and applying them to a modern electric-powered bike.

To showcase the technology, 2electron has created its own bike – the Emula. An EV bike first and foremost, it rides in standard modes like a conventional electric bike with one gear and a twist-and-go throttle.

But tweak the rider modes and the Emula will require you to use a clutch and gearbox to ride it properly. The engine will even hit an electronic ‘limiter’, requiring you to shift in order to make progress.

Speakers in the headstock can imitate induction and valve train noise, while there’s another speaker at the back to deal with the exhaust noise. There are even ‘bass shakers’ fitted inside the bike’s frame to add even more background to the noise.

The company has also said that the system can be applied to ‘two or four-wheel electric vehicles’ meaning that it has an application in cars too.

Though 2electron has developed the Emula itself, the firm plans to sell its tech to major manufacturers to employ in their own motorcycles. It has already teamed up with Bosch, in fact.

Engine simulator system developed for EV motorcycle, could cars be next?
.