Do modern hot hatches stack up against iconic supercars? 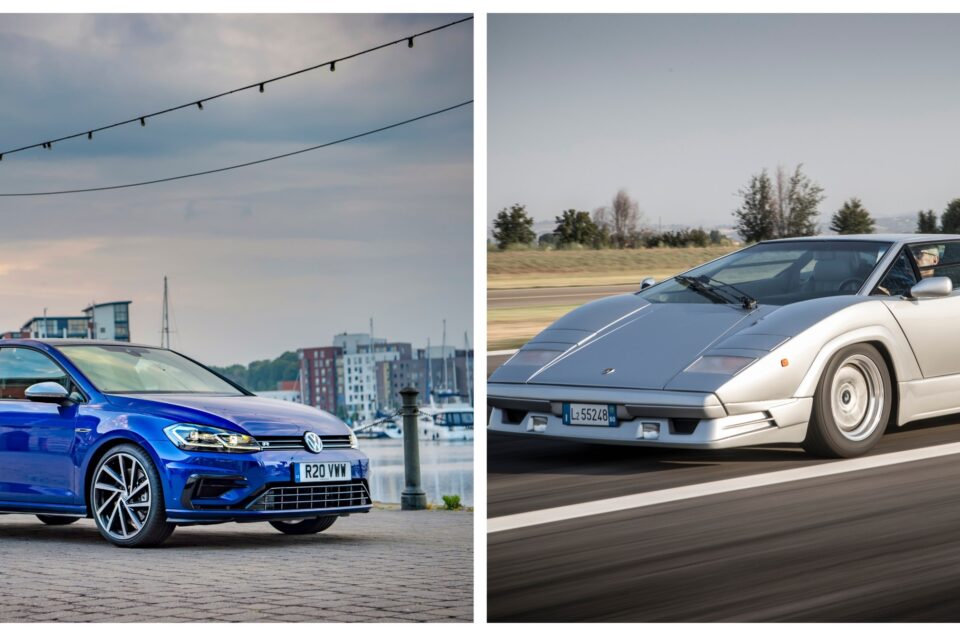 Car performance has come on leaps and bounds in recent years. Engine technology has gone further than most would’ve ever expected, to the point that many vehicles on sale today more than match the performance provided by a classic supercar – for half the price.

Here, we’re taking a look at how modern hot hatches stack up against their supercar predecessors – so let battle commence.

There are few cars quite as iconic as the Ferrari Testarossa. Low, sleek and unequivocally flamboyant, it’s a car which for many people defines the Prancing Horse brand. With a 4.9-litre V8 engine mid-mounted in the car, the Testarossa pushed out 386bhp and 490Nm of torque, all sent through to the rear wheels via a beautiful five-speed manual gearbox.

But that pales in comparison to the performance offered by the modern Mercedes-AMG A45 S. It’s got an incredible 416bhp – despite packing a 2.0-litre turbocharged engine – and a monstrous 500Nm of torque, too. Going from 0-60mph in the Ferrari? That’ll take 5.2 seconds. The Merc? Just 3.6.

Volkswagen’s all-conquering Golf R has long been a poster boy for hot hatches. With a 2.0-litre turbocharged petrol engine, the most recent R pushed out 306bhp – and the next-generation car is likely to produce even more.

The Lamborghini Countach, meanwhile, was a poster star long before the Golf came onto the scene – and it continues to be one even today. Early cars packed 325bhp thanks to a carbureted 4.8-litre petrol. However, despite eclipsing the Golf’s power outputs, the Countach can’t come close to the R’s 0-60mph – managing it in 6.8 seconds as opposed to the Golf’s 4.3.

The DB5 is one of the all-time motoring greats. The Bond effect only helped to add to its appeal, but this classic Aston is widely regarded as one of the prettiest cars of all time. It used a 4.0-litre in-line six engine, which at the time pushed out 282bhp and 390Nm of torque. Getting from 0-60mph took eight seconds back in 1963 when the DB5 was launched.

But the poor Aston is smashed to bits (in performance terms) by the current Honda Civic Type R. Though few could argue that the Civic matches the DB5 in terms of looks, its 316bhp and 400Nm of torque far outgun the Aston’s. Its 0-60mph time of 5.5 seconds blitzes that of the DB5’s, too.

This is a real David and Goliath story. The Mercedes-Benz 300SL ‘Gullwing’ is a car held dear by many motoring enthusiasts. Elegant, old-school and decidedly expensive, the Gullwing used a V12 engine derived from a Messerschmitt Bf 109E World War Two fighter plane which produced 240bhp and 294Nm of torque. One of the fastest production cars of its time, it could do the 0-60mph sprint in around nine seconds.

Yet the Suzuki Swift, which is one of the most affordable hot hatches currently on the market, can leave the Gullwing for dust going from 0-60mph – it takes just 7.8 seconds to achieve the same feat, despite pushing out just 138bhp. Oh, and the Swift will cost around £1.1 million less than the Gullwing to buy should you wish to at the moment.

Do modern hot hatches stack up against iconic supercars?
.