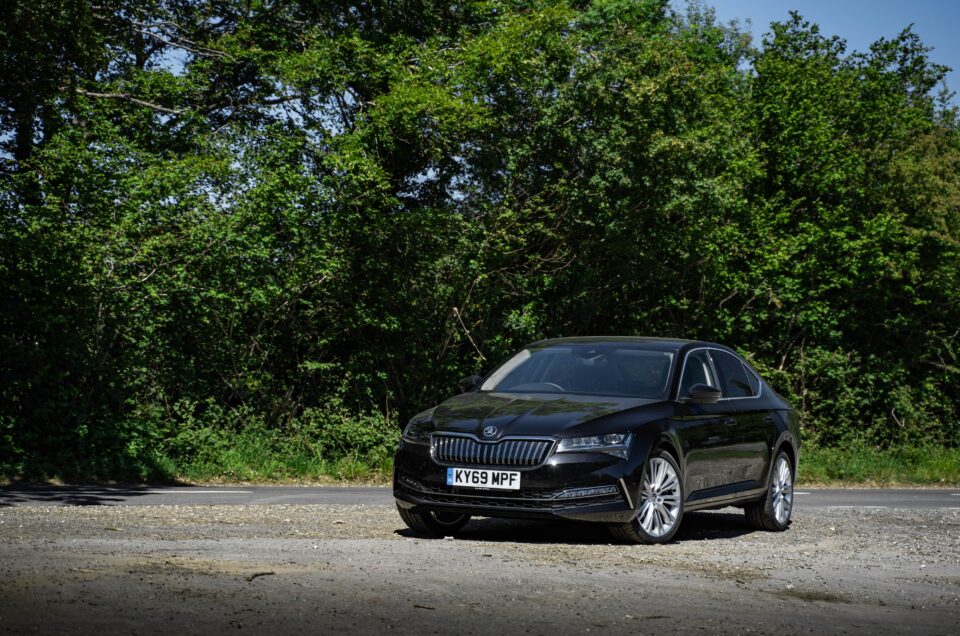 The Skoda Superb has won plaudits over the years for being a great value executive car. We try out the latest plug-in hybrid version.

In the executive fleet world, there are few cars more appealing than the Skoda Superb. It’s big, comfortable, and most importantly, great value for money. What could make it even more appealing? A plug-in hybrid version, of course, because its low emissions means there’s less company car tax to pay. If you’re a private buyer, though, those same credentials make it an excellent family car.

This is Skoda’s first foray into the world of electrification using its new iV sub brand, which all its electrified vehicles will wear going forward. Under the skin, it uses the same powertrain as that you’ll find in the Volkswagen Passat GTE but costing a few grand less – and it’s no less handsome or practical. Is this the big family/company car segment’s deal of the century?

This being Skoda’s first go at electrification it’s an all new prospect to the brand, but thanks to the Czech firm being part of the Volkswagen Group, it gets access to all of its know-how, and with the Superb being based on the same platform as the excellent Passat, it’s a great starting point.

We’ll delve further into the powertrain and on-board technology in a moment, so aside from all that the other newness of note is the changes wrought across the Superb board with last year’s facelift. So that’s Skoda lettering on the boot instead of the company logo, tweaked rear lights and new headlights.

The car is powered by a 1.4-litre petrol engine and an electric motor working in combination to provide 215bhp and 400Nm of torque. Despite its size and its emphasis on comfort it’s not slow, going from 0-60mph in 7.5 seconds. More importantly, though, are the fuel economy figures of up to 217mpg and CO2 emissions below 42g/km.

Keep the battery topped up and the powertrain is a delight. The car defaults to electric-only mode so if you’re travelling long distances you’ll need to remember to switch to hybrid to maximise efficiency. However, with an electric range of 34 miles it’s easy to forget you even have a petrol engine at all – mostly because it’s so seamless when it switches on. The Superb will even run on electric at motorway speeds.

However, as is always the case with plug-in hybrids, once the battery is drained economy does suffer. The petrol engine is quiet enough that it’s not intrusive, but we were managing just 31mpg on a trip after forgetting to top up. That’s compared with 83mpg on a 50-mile journey that started with a full battery.

If you’re looking for a car that rewards a sedate driving style while wafting you around in supreme comfort without breaking the bank, the Superb is the car for you. Its size makes it feel sure-footed on the road, and the soft suspension makes even the roughest roads feel like carpet.

The flip side of this is that it’s not at home on a twisty country road, where even at sensible speeds it tends to roll about, while the ultra-light steering makes placing the car on the road less natural than it should be.

That said, it’s a minor complaint, when the vast majority of the time the Superb is a joy to drive. With its slow reactions and silent powertrain, it encourages you to drive in a more relaxing manner, which is actually quite rewarding in this frantic day and age.

Long gone are the days when Skodas were considered the budget alternative – the Superb is a real looker. It has an understated sophistication that makes it mighty appealing to many buyers who don’t won’t to shout about their social status. Its greatest trick is being handsome without turning heads.

The slim headlights and lightly revised front end give the Superb a mildly aggressive front end and managed to pinch its features into hiding the sheer size of the car, while a sharp crease that runs the full width of the car breaks up the design nicely. The Skoda badging looks great at the rear, and the blocky designs again do a good job of hiding the Superb’s heft.

Volkswagen Group cars are beginning to look a little repetitive inside, but if you don’t jump between their models you’d just think what a clean, well-design dashboard the Superb has. The touchscreen is simple to use and very responsive to the touch, and the instrument binnacle is clear. The piano black infotainment surround is very prone to fingerprint marks and can be difficult to operate on the move, though.

But if it’s space you’re after the Superb is one of the best in the business. There’s loads of space inside, so you could almost practice social distancing with four people in there. Meanwhile, the boot is cavernous at 485 litres in the hatch, to the point where you’d need to be regularly carrying ridiculously large loads to even need an estate version. Most importantly, Skoda has managed to incorporate the batteries under the boot so they don’t intrude on space, which is more than can be said about some rivals…

As an optional extra, our test car had been upgraded to 19-inch alloy wheels. These can often ruin the ride and are best avoided for comfort-focused cars, but here they make no discernible difference to ride quality, but elevate the exterior style considerably.

Whether you’re a business buyer who values space and comfort or simply need somewhere to put your kids and all their stuff, there really are few better value propositions. Keep the batteries topped up and it’ll be dirt cheap to run, too. It’s massive in the cabin, the boot could swallow a small car, and you’ll be wafting along in more comfort than others who’ve spent twice as much.