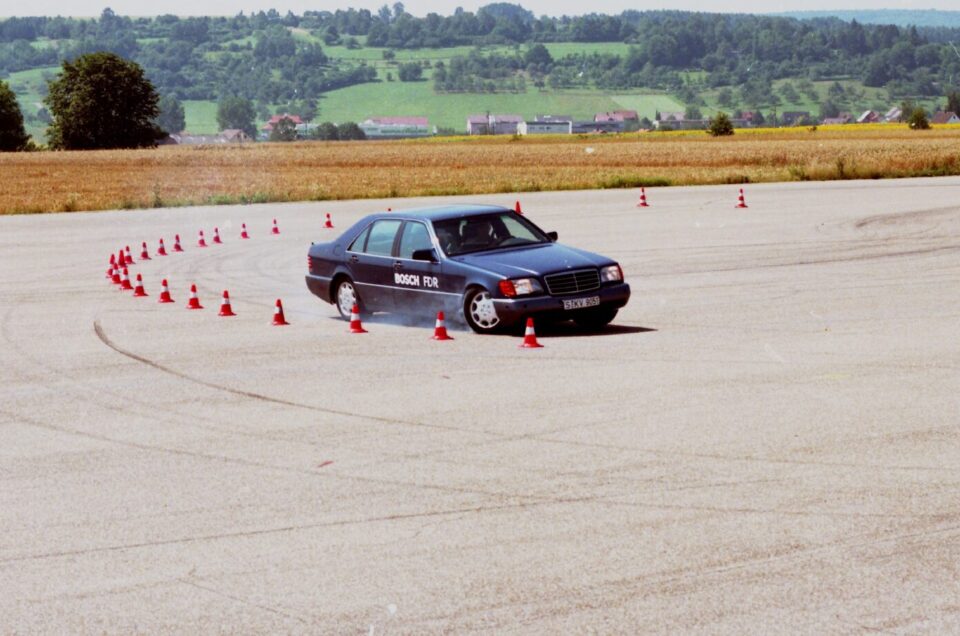 Some 15,000 lives have been saved and 25 million accidents prevented in 25 years by Electronic Stability Program (ESP), according to new research.

First fitted to the Mercedes-Benz S-Class in 1995, the system has become mandatory on all models introduced to the market since 2011 and all new cars sold since 2014. It originally rose to prominence with the famous ‘elk test’ of the original Mercedes A-Class in 1997.

The extreme procedure caused the compact car to tip over – and it was ESP that helped solve this problem, with Mercedes-Benz making the system standard equipment in the A-Class.

The system works by working out which way a car’s front wheels are pointing in correlation with which direction the car is actually travelling in. If the system believes the vehicle is out of control, the vehicle’s anti-lock brakes can be activated on individual wheels helping the driver to regain control.

It was designed by Bosch and Mercedes and during its lifetime more than 250,000 systems have been built by the former company to date. Worldwide, 82 per cent of all new vehicles are equipped with the system, which builds on the figure of 64 per cent registered in 2017.