5 Companies who will electrify your retro classic 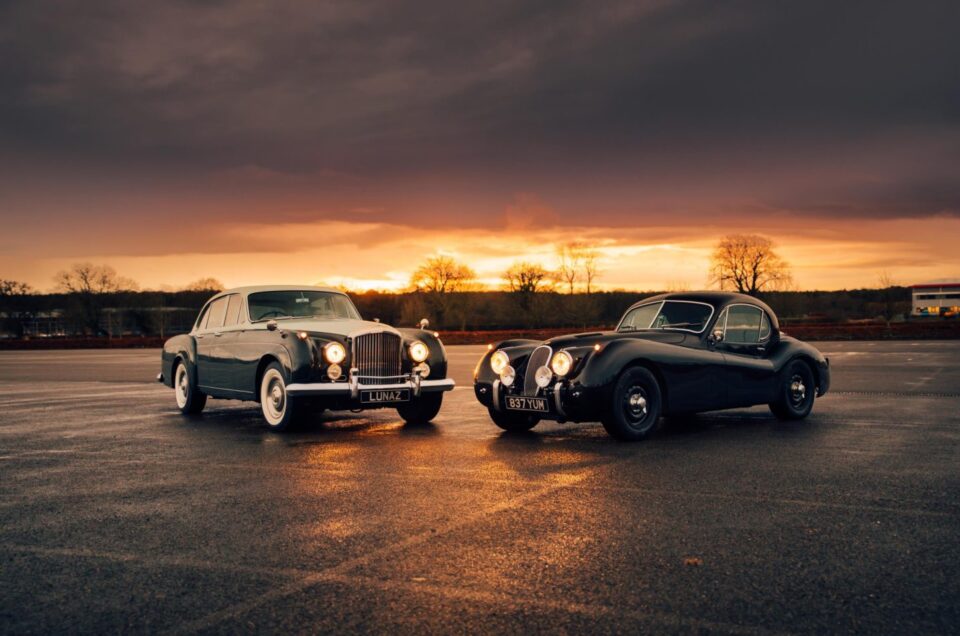 The United Kingdom plans to ban the sale of new petrol and diesel cars in 2035, just 15 years from now. That will require a seismic shift in consumer behaviour and could mark the beginning of the end for car enthusiasts’ love affair with burning fossil fuels.

However, internal combustion-engined vehicles will still be available on the used market, meaning classic car owners won’t have to give up their pride and joy.

That said, many enthusiasts are struggling to marry their love for classic cars with being environmentally conscious, which has spawned numerous companies that will convert old vehicles to run on zero-emission electric propulsion. Here are some of the firms revolutionising the classic market.

A true British success story, Silverstone-based Lunaz has announced plans to double its workforce given the ever-expanding demand for sustainable classics.

While some enthusiasts bemoan electrifying classics as killing off beautiful cars, Aston Martin has pitched its EV conversion kits as a way to keep these models on the road.

Called Heritage EV, the firm’s bespoke Works division will rip the engine and gearbox out of your old Aston and replace it with an electric powertrain using the original mounts. However, if the old parts are still in working order, the conversion is fully reversible, so it can be changed back should the owner change their mind.

For a company that started life maintaining Formula 1 engines, Swindon Powertrain’s move towards electric propulsion is quite the departure. While it still works on high-performance motorsport engines, it now offers a small EV powertrain for niche manufacturers.

To demonstrate its technology, the company built an all-electric classic Mini conversion called the Swind E Classic. The 107bhp motor gives a top speed 80mph and 0-60mph time of 9.2 seconds, while range is promised to be 125 miles.

They might have an incredibly unimaginative name (that’s probably perfect for SEO, actually), but their products are full of imagination. At ECC, you can ask for a conversion of a classic you own, source and build an electric classic for you, or supply you with the parts to build one yourself.

The company also builds a unique charging station that has been styled on an old-school fuel pump, and can be specified with various branding such as Shell, Esso and Gulf. It costs £2,916.67 before VAT as a 7kW charger, with a 21kW option also available.

If you’re a big fan of electric cars and 1960s Ford Mustangs, Charge Automotive could be the company for you. For the pricey sum of £300,000, you could own one of just 499 Mustang EVs, built by engineers with McLaren Automotive, Jaguar Land Rover and F1 on their CVs.

The car has a 350kW (462bhp) and 7500Nm motor feeding all four wheels, with a sub-four-second 0-60mph time. It uses battery technology from British startup Arrival, with a 64kWh capacity providing a 200-mile range.

A few years ago Jaguar revealed the exciting news that it would build classic E-Type models with electric powertrain technology from its new I-Pace SUV. However, sadly, last year the project was put on hold.

The wording made it sound like maybe one day the project would be resurrected, but when or if that might happen is still up in the air. It’s a shame – just imagine one of the prettiest cars ever made gliding silently and rapidly along on EV power, with zero emissions to boot.

5 Companies who will electrify your retro classic
.