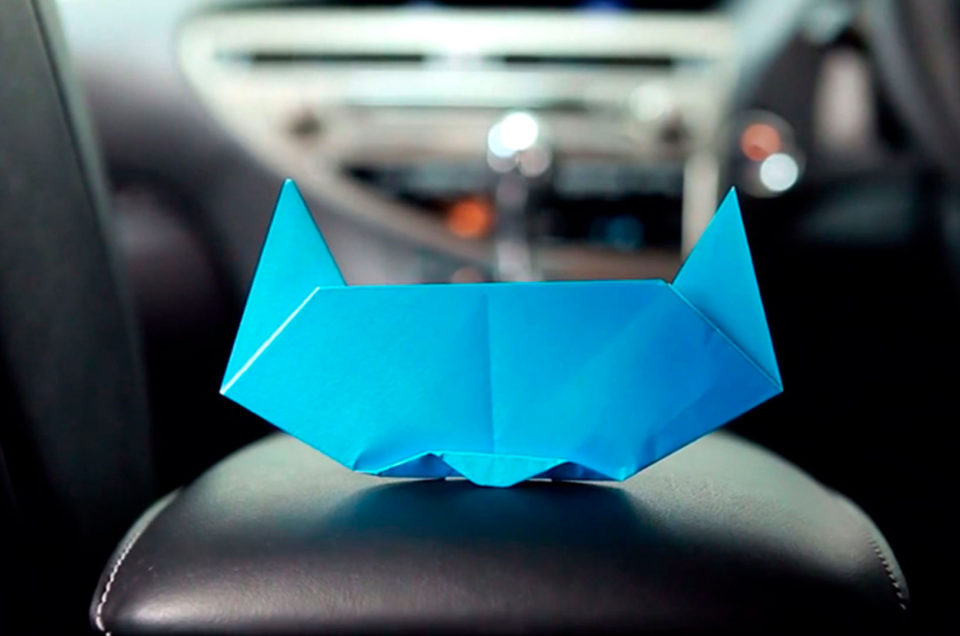 When your factory is closed and you can’t make cars, whats the next best thing to turn your mind to? origami of course…

The people that work at Lexus factories are craftsmen and women that take pride in the standard of their work and at the top of the tree are artisans known as ‘takumi’ who pursue perfection, whether it be paintwork or welding, vehicle dynamics or interior crafting, to maintain the high standards Lexus demands of its vehicles.  Becoming a takumi is no easy task, candidates must have at least a quarter of a century of experience and are assessed in a number of ways, including in the art of origami (Japanese paper folding), having to create an origami cat using their non-dominant hand in under 90 seconds.

With many of us spending more time inside than ever before, origami is a great way to keep our minds sharp and our hands busy, so Lexus UK has launched a competition for people to take the takumi challenge to create an origami cat,  submitting an image of this to Lexus on Facebook, Instagram or Twitter by using #LexusOrigami and tagging @LexusUK by the closing date of 9:00 on 8 May.  The prize for the creator of the best origami cat is exclusive use of a Lexus LC 500h for one week, to be taken post lockdown.

The competition is open to anyone who has held a valid UK driving licence for at least two years. The winner has the option to nominate a driver on their behalf.  Full terms and conditions can be found here: https://blog.lexus.co.uk/origami-cat-competition/

When creating the origami cat, Lexus recommends patience and that it is worth bearing in mind that when Lexus asked origami expert Mark Bolitho to take the test, he created his cat outside of the 90 second time limit: Mark Bolitho takes the Lexus origami cat challenge

How to Create an Origami cat: