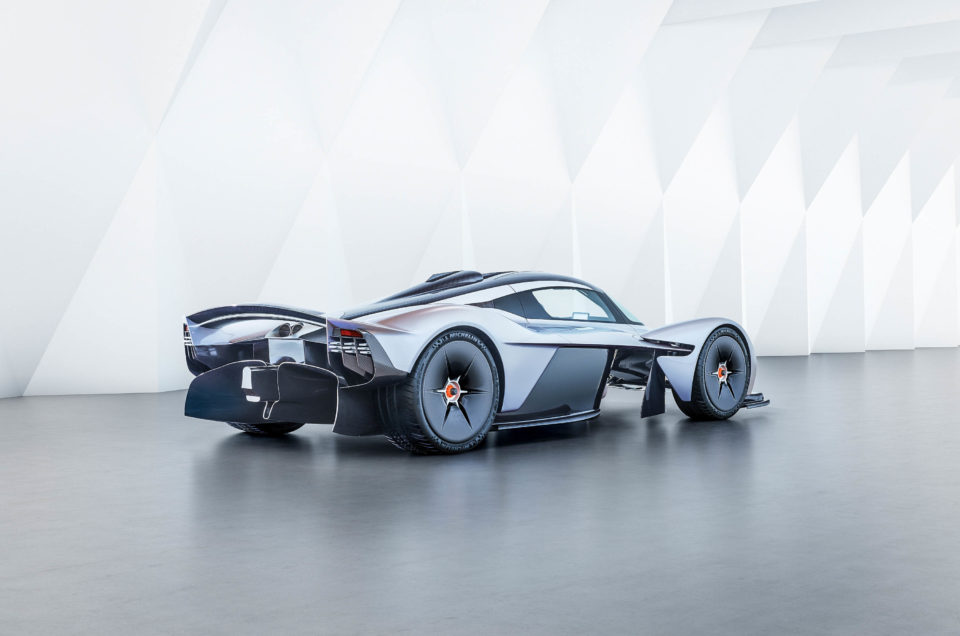 The UK has produced some of the finest supercars of all time, but which have stood out more than others? We pick out some of the best

We often look to the Italians as the masters of supercars, with firms such as Ferrari, Lamborghini and Pagani dominating the segment but we’re forgetting about some of the legends that have come from British soil.

Manufacturers such as Aston Martin, Jaguar and McLaren have created some absolute hits, but we also can’t forget about some of the lesser-known marques – such as Noble – that have created ballistic models in recent years.

Here’s the best from the British breed…

Arguably the daddy of British supercars – the McLaren F1 tore up the rule book of what a supercar should be when it was unveiled in 1992.

No expense was spared with the F1 featuring 16g of gold in its engine, and a host of materials that could embarrass even the latest crop of supercars.

But the crowning glory was its speed – with the F1 setting a new record for the fastest production car on sale in 1998 thanks to a top speed of 240mph. To add to its achievements, the F1 also scooped victory in 1995 at Le Mans. This is British engineering at its absolute finest.

The Senna is might not be a looker, but that’s not important here – pure thrills reign supreme with supercars. McLaren describes it as the ‘ultimate, road-legal track car’, and it’s pretty spot-on. Delivering savage performance, the Senna is McLaren’s most extreme supercar yet and just 500 were built in total. Despite only being around since 2018, it’s already a legend.

Jaguar is now best-known for its decent saloons and SUVs, but there was a time not that long ago when Jaguar was a different breed and even produced the fastest road car at one point, with this – the XJ220.

The XJ220, sadly, wasn’t appreciated enough at the time. It had a troubled start, with a number of issues meaning that the 1,000 Jaguar planned to build ended up dropping to a measly 271.

But time’s been kind to the XJ220, which is why it’s now acknowledged and appreciated as one of the greatest.

The Valkyrie is the Aston Martin we’ve been waiting for.

Built in partnership with Mercedes, the Valkyrie is set to be Astons most ferocious model yet, and by one hell of a margin. It’s going to produce considerably over 1,000bhp.

It’s a beast, that’s for sure.

We’ve talked a lot about the big boys in the industry, so let’s take a look at a carmaker which isn’t as well known.

Noble doesn’t have the flashy headquarters of firms like McLaren, rather situating itself on an industrial estate in Leicestershire. But to judge the company based on its humble origins is a mistake.

The M600 is a phenomenal supercar – offering incredible thrills from its 662bhp Yamaha-sourced powerplant, but yet remains remarkably composed drive – even when it’s been redlined. It’s sensational.

A modern-day Jaguar E-Type might sound like an impossibility, but thanks to the geniuses at Eagle E-Types, it’s not. The people there take an original E-Type – sometimes a barn find, or a garaged, clean model – and make it better than new.

Addressing issues with the original and putting a classy modern twist on it, Eagle manage to recreate the E-Type for the 21st century, yet without sacrificing on the beauty of the iconic Jag.

The Speedster is undoubtedly the most glamourous of this lot. It’s not a surprise that this all comes at a price, but with this level of attention to detail, it’s worth every single penny.

The Aston Martin One-77 is one of the most exclusive models ever to roll out of the Gaydon factory, with just 77 of the 750bhp models ever being built. It’s so elusive that Aston Martin ensured that no one else other than the owners were allowed to get behind the wheel.

It’s no Valkyrie, but for sheer breath-taking looks, exclusivity and drama, it’s unmatched.

Right, enough of modern machinery, it’s time to go back in time before supercars were even a ‘thing’.

Perhaps the most iconic Bentley ever made – the ‘Blower’ – is one of the firm’s most successful racers ever having scooped victories left, right and centre in the 1920s and early 1930s, with 50 road cars having to be built for homologation purposes.

They’re deservedly very valuable now, and really were the performance car of their day.

Most of the UK’s best supercars command a high price tag, so how about one that costs the same as a Fiesta, rather than a 10-bedroom mansion?

The Cerbera might not be seen as TVR’s finest hour, and it certainly sits on the borderline of supercar and sports car, but there’s a lot to love about the eccentric Blackpool-built model.

For starters, it was TVR’s first ‘2+2’, but don’t let that lead you into a false sense of security that the Cerbera’s soft as it’s as brutish as they come… particularly when you consider the 4.5-litre V8 lying under the bonnet.

Coming from the depths of Worcestershire, Morgan created an absolute stunner with the AeroMax. It grabs the limelight like few other cars can manage, although the cross-eyed headlights are a bit eccentric.

Originally the brainbox of a Swiss banker and Morgan enthusiast who commissioned his own model, such a positive response to the AeroMax led Morgan to extend the run to 100 units. Celebrities such as Richard Hammond, Rowan Atkinson and Paul O’Grady infamously lapped up the model.

There are quicker supercars out there for sure, but few can arrive in as much style as the Morgan can.