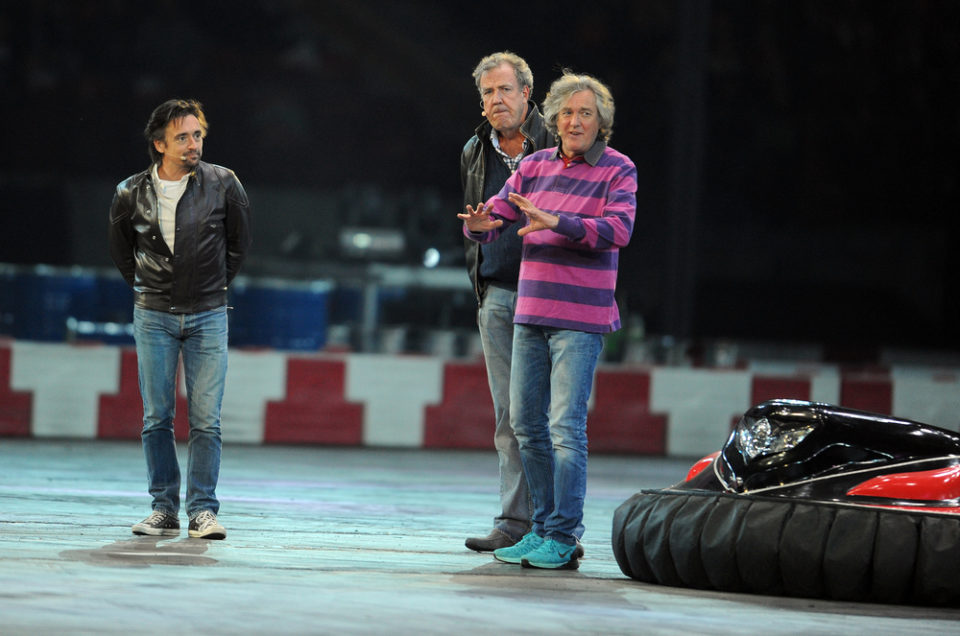 Believe it or not, Jeremy Clarkson has defeated Hollywood legend Steve McQueen to be crowned the screen’s greatest automotive icon.

While McQueen is known as The King of Cool thanks to his effortless style and tough guy persona, Clarkson has been ridiculed over the years for his dedication to stone-wash denim.

But in a head-to-head, it’s the ex-Top Gear presenter who topped the list.

The presenter has been involved in some of the most impressive TV moments over the past 25 years, whether it was driving to the North Pole or riding motorcycles from Ho Chi Minh to Ha Long Bay in Vietnam.

McQueen, whose films such as Bullitt, The Great Escape and Le Mans featured some of film’s most iconic car and motorbike scenes, was second – ahead of Jeremys Top Gear co-star Richard Hammond, according to a study by Hyundai.

And Fast and the Furious leading man Vin Diesel beat 007’s Sean Connery, with the tough guys making up the top five.

A spokesman for Hyundai said: “Steve McQueen is nicknamed The King of Cool and he’s responsible for some of Hollywood’s most iconic moments, whether it’s the bike scene in The Great Escape or the famous chase in Bullitt.

“But he plays second fiddle to Jeremy Clarkson, whose legendary adventures from behind the wheel of a car have crowned him as our favourite automotive screen icon.

“The best cars and films are always the subject of fierce and fun debate and thanks to the internet and streaming services there is no shortage of shows and websites to keep us occupied.”

Sean Connery was one of three James Bond actors to make the top 10 greatest automotive screen icons, with Daniel Craig at number 8 and the late Sir Roger Moore in at number nine.

Jason Statham, who forged his automotive credentials in the Transporter series before joining the Fast and Furious franchise, was tenth on the list.

Paul Walker, who was tragically killed in a car crash, was also on the top 10 along with James May.

The very best car film according to the 2,000 Brits surveyed was The Italian Job, followed by Steve McQueen-starring Bullitt and the Fast and the Furious franchise.

In addition to being named the greatest car movie, the Italian Job also features the most popular car chase to ever appear on the big screen.

Not only that, the Michael Caine classic is also the most watched car automotive film since self-isolation came into effect.

On the small screen, Top Gear was voted the greatest with Knight Rider and The Dukes of Hazzard in second and third place.

James Bond’s Aston Martin DB5 was named greatest movie car ahead of Chitty Chitty Bang Bang and the De Lorean from Back to the Future.