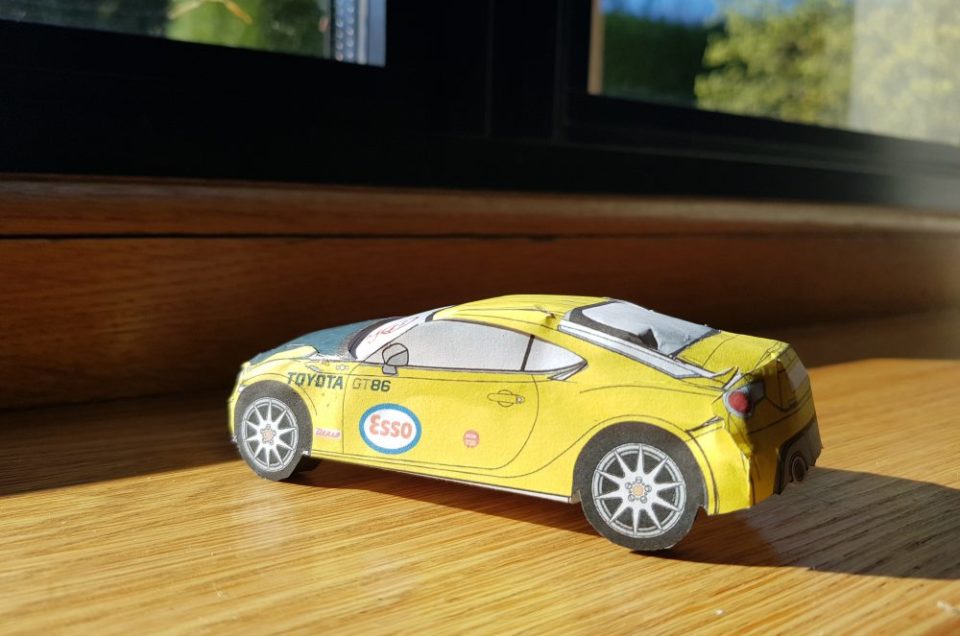 For those looking for something to do during the current lockdown, Toyota GB (PLC) has produced a series of templates to cut-out and build miniature Toyota GT86 paper models inspired by distinctive retro-liveried examples of the sports car.

The six special GT86s were originally created for the 2015 Goodwood Festival of Speed to help commemorate 50 years of Toyota in the UK.

You’ll need access to a colour printer, some paper glue and a pair of scissors. First, download and print the high-resolution PDF of your chosen GT86 using these links, depending on which livery you like the best:

You could print the pdf document on A3 paper, rather than A4, to make the process a little less fiddly and to give you a bigger GT86 at the end.

Using scissors, carefully cut out each of the three main sections (the roof and two sides) and each of the four tyre tracks from the grey background, being especially careful not to cut off the little white tabs with dots on.

Fold and glue all of these white tabs, sticking them to the underside of the adjacent panel. This will pull the car into the three-dimensional shape that shouldresemble a Toyota GT86.

Happy with your finished GT86? We would love to see you share pictures of your finished model on our Facebook page and don’t forget to tag in Toyota