How are car companies making ventilators? 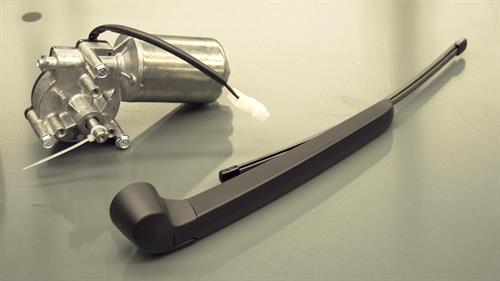 The famous Martorell facility that produces the new SEAT Leon has been transformed to manufacture automated ventilators for local healthcare authorities in Spain to help battle the global pandemic, COVID-19.

But, how do you take a factory that is producing cars one day and start producing a completely different type of product in such a short period. Put simply, ingenuity and focus.

“The motivation of everyone participating in this project is that with our know-how we can mass-produce equipment that will save lives”, explains Nicolás Mora from the Production area of SEAT Martorell.

A team of SEAT engineers, used to designing car parts, came up with a total of 13 different prototypes before the final design was agreed upon. The team is now testing the ventilators in collaboration with the local healthcare authority to get approval for mass production to support the fight again COVID-19.

Modern engineering techniques means it’s much easier to produce bespoke parts than it used to be. The ventilator is taking shape with bespoke 3D printed gears being designed and produced at the factory, however parts that would normally be used to build the cars are then being utilised where they can.

In the case of SEAT, gearbox shafts from the El Prat production facility and the adapted motor of a windscreen wiper are both key components in the ventilator that has been designed and are being taken from stock to produce the ventilator, rather than being fitted to cars.

Each ventilator has more than 80 electronic and mechanical components, most being repurposed items that would have gone into the production of the SEAt that could be sitting on your driveway right now. They then undergo a thorough quality control and testing process with ultraviolet light sterilisation.

The ventilators were designed in collaboration with Protofy.XYZ and will be assembled at SEAT’s Martorell facilities. The factory will bring together 150 employees from different areas, adapting their usual workstation, to build the ventilators in the spot where the SEAT Leon is usually assembled in Martorell.

“Taking an assembly line that manufactures subframes, a car part, and adapting it to make ventilators has been a lengthy, difficult job involving many areas of the company, and we managed to do it in the record time of one week”, says Sergio Arreciado, part of SEAT’s Process Engineering.

The monumental project was made possible by a collaboration of manufacturing employees, and working in partnership with several charities and companies, in particular the Spanish Agency of Medicines and Healthcare Products.

In these difficult times, it’s ingenuity and drive like this that will help communities around the world. Despite many companies and individuals facing hardships, the automotive industry is doing it’s part to help in the fight against Covid 19.

Here in the UK, engineering experts from Mercedes, and Williams are joining the battle to help create breathing aids. With Ford joining forces with Rolls Royce to provide help too.

At ground level, car dealers throughout the country who have had to close their doors are out and about helping their local communities. Emerald House of Cars in Wednesbury are just one of a band of dealers collecting food from local shops and takeaways to deliver to the vulnerable residents.

Despite many dealers facing an uncertain future, with time on their hands they are joining the bands of volunteers to support their community.

How are car companies making ventilators?
.