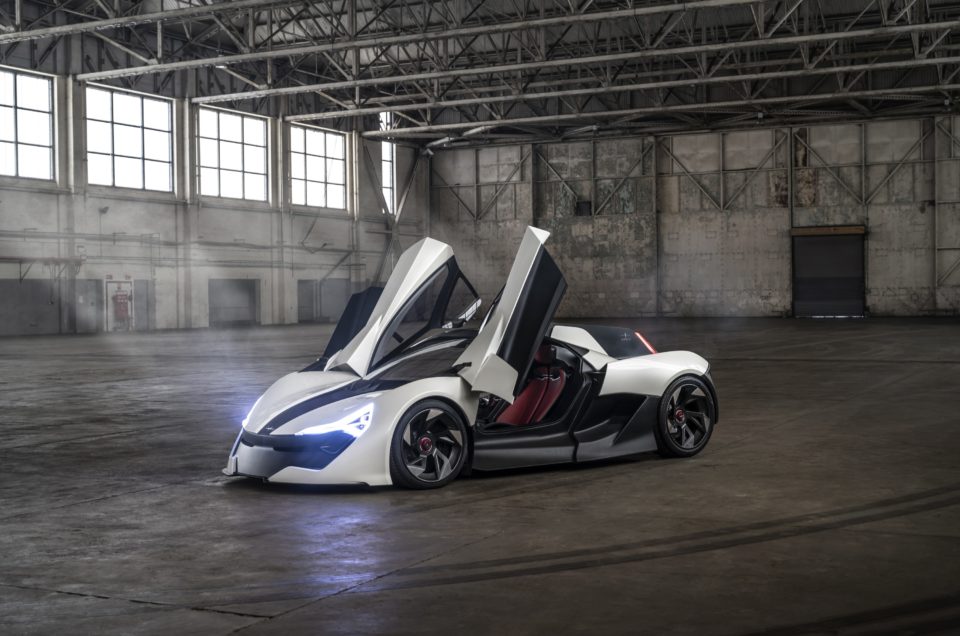 British all-electric supercar has been revealed with the promise of celebrating the feeling of being behind the wheel.

It is said to be capable of 320 miles of range with fast charging capability meaning the battery can be topped up to 80 per cent in under 15 minutes.

At its heart is a carbon-fibre tub that’s wide enough for two seats, with carbon-fibre body panels on top contributing to the low weight. The cabin has a glass canopy and a ‘feet-up’ driving position inspired by Le Mans racing cars.

This racing inspiration is used throughout the exterior design too, with aerodynamic touches such as a Formula 1-style rear fin. However, it’s the underbody that is said to be key to its aerodynamic performance, with its flat floor utilising ‘ground effect’ principles that remove the need for a rear spoiler, which would increase drag.

Apex Motors was founded in 2018 and operates exclusively out of the UK. It says its core specialisms include high-performance automotive and Formula 1 race car engineering.

Prices for the Apex AP-0 start at £150,00 before taxes, and deposits can now be made with production slated to begin at the end of the year.