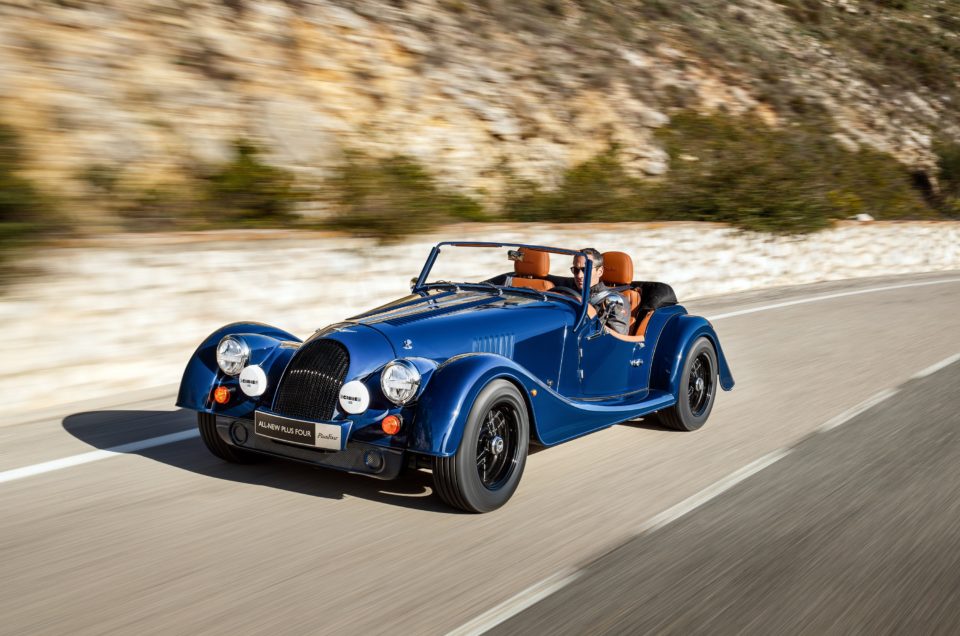 Announcement heralds the biggest change in the model’s 70-year history.

Morgan has revealed the successor to its iconic Plus 4 – the all-new Plus Four.

Sitting on the firm’s latest CX-Generation bonded aluminium platform developed alongside the recently-introduced Plus Six, the Plus Four retains the smaller body and profile of the previous-generation car, yet boasts better cornering and handling characteristics.

Compared to the Plus Six, the Plus Four is 104mm narrower in the central body and 78mm narrower overall, yet manages to offer better interior and luggage space than the outgoing car.

The Plus Four uses a four-cylinder turbocharged petrol engine for the first time, too. Sourced from BMW, the 2.0-litre TwinPower Turbo unit produces 255bhp and 400Nm of torque, driven to the rear wheels through either a six-speed manual or eight-speed automatic.

Morgan claims 0-60mph takes 4.6 seconds and it will have a top speed of 149mph, thanks to its dry weight of just 1,009kg. And, thanks to that new engine, efficiency has been improved too with a 30 per cent decrease in CO2 compared to the outgoing Roadster. The Malvern firm claims WLTP combined figures of 159g/km CO2 and 40mpg combined.

The Plus Four also features automatic LED front and rear lighting, remote central locking and ABS, alongside optional equipment such as Bluetooth connectivity and puddle lighting. In total, Morgan claims that there are one trillion combination of options available to the buyer.

The new Plus Four is available to order now (March 3) with prices starting from £62,995.