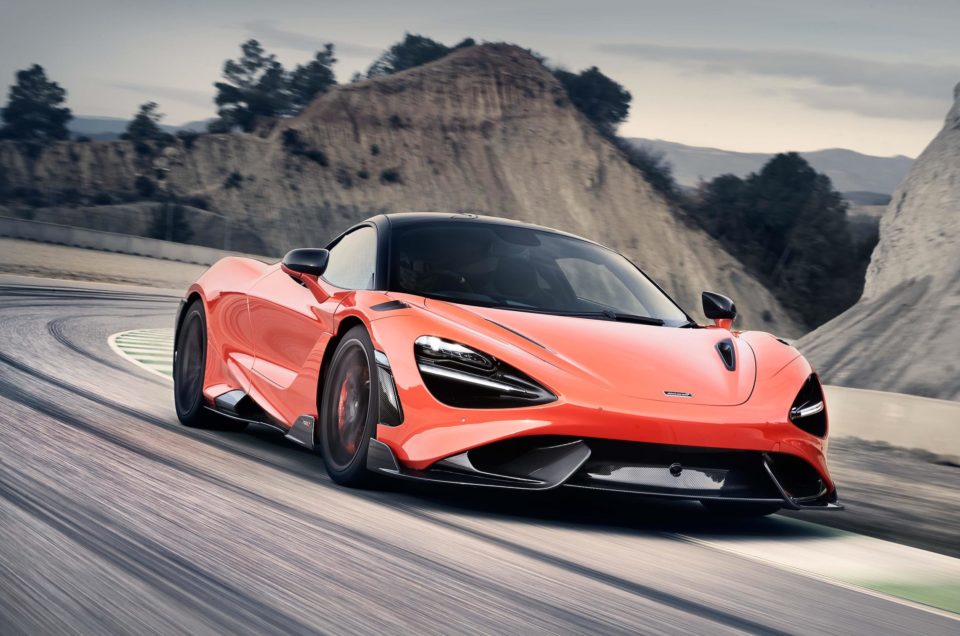 If you need to ask, you can’t afford it… Seems to be the view on the latest McLaren, which has just been revealed, but with no pricing yet confirmed!

McLaren has revealed its latest model in its ‘Longtail’ series of cars – the 765LT.

The British manufacturer says that the 4.0-litre twin-turbo V8 engine powering the 765LT produces 755bhp and 800Nm of torque, meaning a 0-60mph sprint of under three seconds and 0-124mph in just 7.2 seconds.

According to McLaren, the in-gear acceleration is 15 per cent quicker than the 720S, upon which the 765LT is based.

The steering has also been made quicker than the 720S, while a stiffer torsion beam has been incorporated to enhance the amount of feedback given to the driver.

A titanium quad-exhaust system brings a 40 per cent weight saving over the equivalent steel variant, while 10-spoke forged alloy wheels and Pirelli P Zero Trofeo R tyres bring the weight down by a further 22kg compared with the 720S. All in, the 765LT weighs 1,339kg – 80kg less than the 720S coupe.

An all-new aero package is fitted as standard too, incorporating a carbon fibre splitter, front bumper, side skirts, rear bumps and a larger active rear wing. Combined, they contribute to a 25 per cent increase in downforce.

The active rear wing, rear bumper and front floor were designed at McLaren’s newly-opened Composites Technology Centre, which is based at the firm’s home in Woking.

Inside, carbon fibre racing seats dominate the cabin, while the lightweight material has also been used to line the central transmission tunnel and floor.

Just 765 examples will be made available worldwide, with no pricing details given just yet.

You can check out a host of supercars in our Supercar Paddock at The British Motor Show from 20th – 23rd August 2020. Get your tickets here