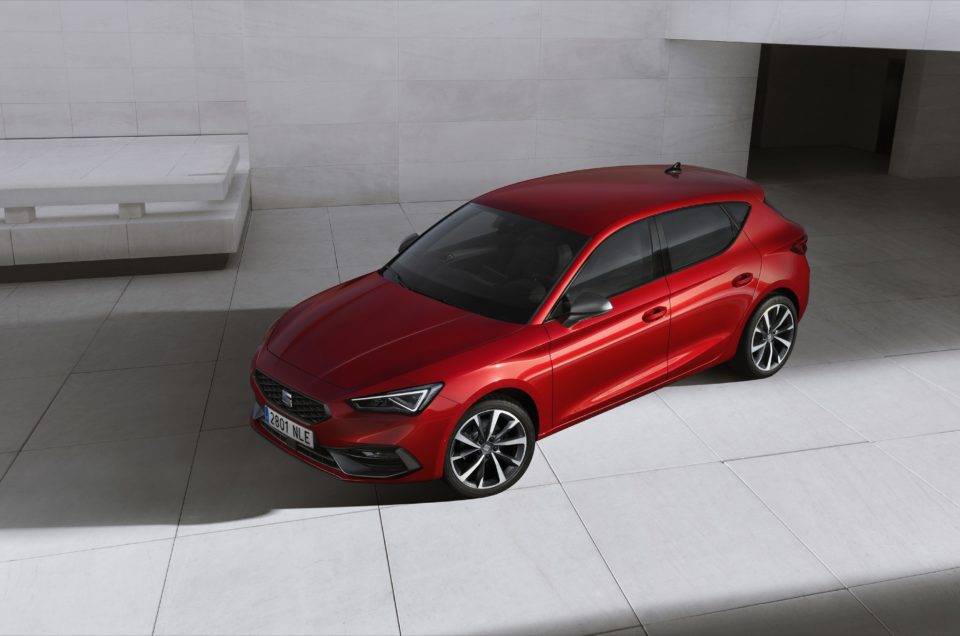 Seat has rebooted its popular family car, claiming it will be the firm’s ‘most advanced vehicle ever’.

Seat has revealed its new Leon family car, which it claims will be the ‘most advanced vehicle’ ever made by the firm, thanks to advanced on-board technology, safety systems, and electrified powertrains.

It will continue to be offered in hatchback and estate forms, now with a wider choice of powertrain options that include petrol, diesel, mild hybrid, and plug-in hybrid. Manual and automatic gearbox options are available depending on engine choice, while FR and FR Sport trim levels also get three driving mode presets: Evo, Normal and Sport.

Electrified powertrains include a mild hybrid option for the 109bhp 1.0-litre and 148bhp 1.5-litre petrol units, using a small electric motor and battery to allow for engine-off coasting to save fuel.

Meanwhile, a full plug-in hybrid will also be on offer, using a 1.4-litre petrol engine that works with an electric motor, which is powered by a 13kWh battery pack. The combined output is 201bhp, with an impressive electric-only range of up to 38 miles.

The exterior has been redesigned with a focus on improving overall efficiency through improved aerodynamics. It also incorporates the new LED headlights and full width taillights, though the design is more evolution than revolution, looking very similar to its predecessor.

The new Leon is longer than before, which Seat says has resulted in improved legroom for passengers in the back. Elsewhere in the cabin, there’s a new ‘floating’ dashboard design, Seat’s digital cockpit, and improved lighting.

Impressive technology levels are included as standard, including LED headlights. In the cabin, owners can utilise a new voice recognition system that can understand natural language, benefit from real-time data through connections to the cloud, and plug-in hybrid owners can manage charging from an app.

Seat says it has also fitted its most advanced safety systems, too, including giving the car the ability to constantly monitor its surroundings to react to dangerous situations.

Wayne Griffiths, Seat executive vice-president for sales and marketing, said: “The Seat Leon has been improving generation after generation being able to conquer new customers.

“We have now created the best Leon ever. The new Leon has been designed keeping the ‘created in Barcelona’ spirit and at the same time being the safest, most connected and with the widest range of engines the brand has ever seen. We believe we have all the ingredients to make of the new Leon a great choice not only for private customers but also for corporate fleets.”

Order books for the new Seat Leon are set to open imminently, though prices have yet to be confirmed.