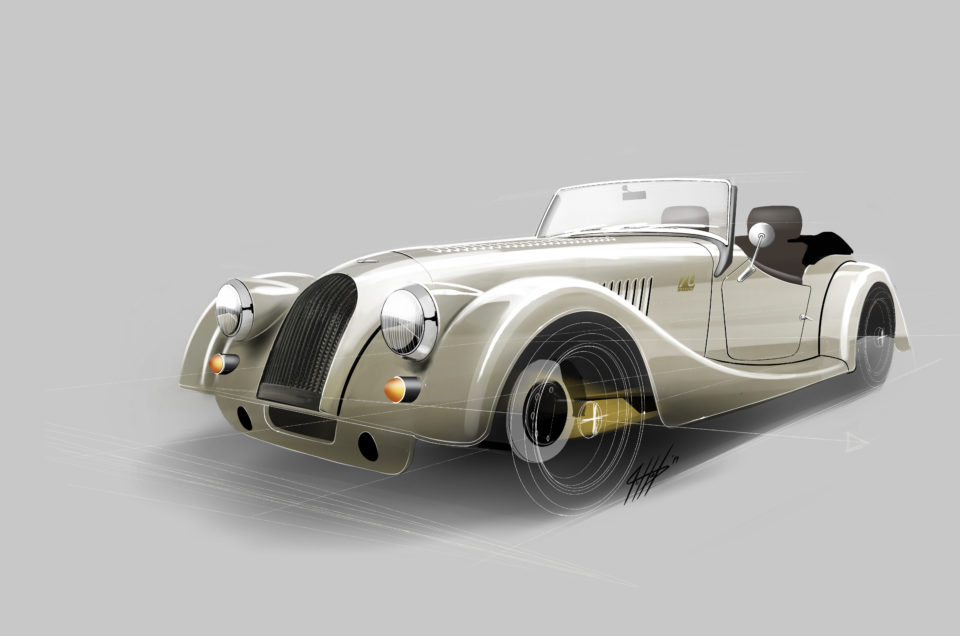 Quintessential British car manufacturer The Morgan Motor Company is to celebrate 70 years of its most popular model, the Plus 4, with the creation of the Plus 4 70th Anniversary Edition. Unbelievably the first Plus 4 rolled off the line in 1950 and is still one of the company’s best-selling models, despite seven decades of mostly unchanged production.

Morgan recently announced that models built on its famous steel chassis will cease production in 2020, and the Plus 4 70th Anniversary Edition commemorates this important moment, too. For the first time ever, the chassis will be painted in gold, highlighting its significance in Morgan’s 111-year history.

Just 20 Plus 4 70th Anniversary Edition cars are to be built. They feature an individually numbered plaque, marking them out for years to come as some of the last steel-chassis Plus 4 models. A specially embroidered headrest will further differentiate the edition.

Inside the car, special fine grain leather has been sourced exclusively for the Plus 4 70thAnniversary Edition. The interior is further enhanced by a Ravenwood veneer dashboard, dark grey box weave carpets and a satin black Mota-Lita steering wheel.

To match the 70th Anniversaries look, its performance and engine note have been enhanced. The cars come with an engine map configured by Aero Racing, Morgan’s in-house motorsport specialists, raising power from 154bhp to 180bhp, and taking its 0-62mph acceleration time down to less than seven seconds.

Alongside this, the cars are fitted with an Aero Racing sports exhaust, finished with a ceramic-black tail pipe, allowing the engine to truly sing.

The Plus 4 70th Anniversary Edition is priced at £60,995 and deposits have already been taken on every one of the 20 cars. A small number of late-production Plus 4 and Roadster models remain in the Morgan Dealer Network, and Morgan recommends that those interested in purchasing one contact their nearest Dealer at their earliest convenience.

The British Motor Show will play host to a variety of new and classic cars over 4 days from 20th – 23rd August. Get your tickets now to ensure you don’t miss out